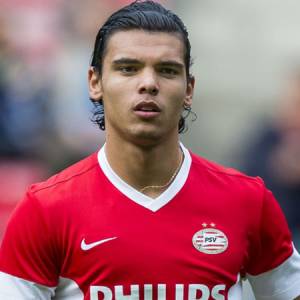 A Dutch footballer Karim Rekik currently plays for Hertha BSC and Netherlands. The 32 years old footballer has played for many clubs like Manchester City, Portsmouth, Blackburn Rovers, PSV, Marseille and much more.

Karim Rekik was born on December 2, 1994, in The Hague, Netherlands. He was born to father, Mo Rekik and mother, Judith Rekik, teaching assistant and grew up with his siblings. Rekik belongs to Arab ethnicity and holds a Dutch and Tunisia nationality.

At the age of 5, Karim Rekik began his career with the youth club of Scheveningen in 1999. He then played for youth clubs of Feyenoord and Manchester City.

After being promoted from the youth club of Manchester City, he started playing in a senior team in 2011 and signed his first professional contract with the team. He then made his official debut for the club against Birmingham City on September 21, 2011, in a League Cup as a backup player for Wayne Bridge.

Karim Rekik was loaned to Portsmouth in 2012 for a month in the Football League Championship and his first match came against Hull City on March 27, 2012.

Rekik then loaned to PSV before spent a one season with Blackburn Rovers on a loan. He made his debut for the club, PSV Eindhoven against Zulte Waregem on July 30, 2013. So far, he scored 2 goals in 54 matches for the club until 2015.

Rekik transferred to Marseille with the transfer fee €5 million. Further, he left the club after two years with 1 goal in 34 appearances.

Rekik then signed to Hertha BSC with worth €2.50 million in 2017. He has so far scored one goal in 10 appearances for the team till this date.

Karim Rekik has represented his team in Netherlands U-16, U-17, U-19 and U-21. After five years in a youth team, he was called up to the senior national team in 2014 and made his debut against France at the Stade de France.

Rekik currently is in an open relationship with his girlfriend, Dounia Rijkschroeff, a model and presenter. The duo first met by a mutual friend at a party. The couple is together for a long-time and currently spending a blissful life.

Besides, Rekik has often shared his snaps while playing golf. As a football star or millionaires, he might have a luxurious car but he doesn’t figure out of his car brand.