Kaia Kanepi was born on June 10, 1985, in Haapsalu, Estonia. She is among the three children born to Jaak Kanepi and Anne Kanepi. Her father was a real estate broker, and her mother worked at home looking after kids. She has two sisters named Kadri Kanepi, who won a tennis scholarship to study in the United States, and Karin Kanepi,  a dedicated horse rider.

How Rich is Kaia Kanepi? Know About Her Earnings and Net Worth

Kaia Kanepi has an estimated net worth of more than $5 Million. Kaia has been playing professional tennis since 2000. She ranks at no 84 among the highest-earning tennis players with a total career earning of $$6,454,604. She is playing at the peak of her career and shall earn well in the future. 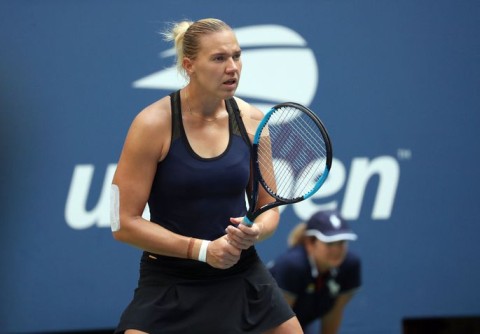 Kaia has become very much successful in keeping her personal life away from the public. She is yet to utter a single word about her relationship status. The tennis player is an active social media user but has not posted a single photo that shares about her life. Kaia could be single, dating, or married.

Kanepi might be waiting for the right person to tie her wedding knot. She spends most of her time with training and her family.

The Estonian tennis player started playing tennis at the age of eight. She ranked at number one in the International Tennis Federation (ITF) junior rankings before turning professional in 2000. Kanepi came into the limelight after playing in the 2004 Summer Olympics. However, she had a sad start to her international career. Kaia reached the final at the 2006 Gaz de France Stars tournament in Hasselt, Belgium but lost in the last.

In 2007, Kaia reached the Bad Gastein tournament's semifinals in Austria but lost in the semifinal. At the end of the season, She ranked in no.40 by World Tennis Ranking. In the following season, Kaia directly entered Wimbledon but lost to Serena Williams. In 2013, Kanepi had an Achilles tendon bilateral injury, which made her withdraw from several tours.

After going through her surgery in 2013, Kaia has not been able to return to her best. She has been playing in almost every international tournament but yet to win a title. In 2020, She lost the first round by qualifier at the Australian Open.