K'Von Wallace is an American Football free safety for the Philadelphia Eagles of the National Football League (NFL). He did his high schooling at Highland Springs and committed to Clemson to play his college football. He got into NFL by the Eagles in the fourth round of the 2020 NFL Draft. His roster status is active.

K'Von Wallace, the Philadelphia free Safety, was born on 25 July 1997 in Highland Springs, Virginia. Talking about his age, Wallace is just  24 years old, and his zodiac sign is Leo. He stands tall at 5 ft 11inches and weighs 93 kg. Former Clemson wide receiver Wallace is from Afro-American family background.

Philadelphia Eagles free safety Wallace was a very active and participative person from his school days. He perused his football career as a defensive back and wide receiver in his high days at Highland Springs. Likewise, he joined Clemson University on scholarship, where he played for three years. 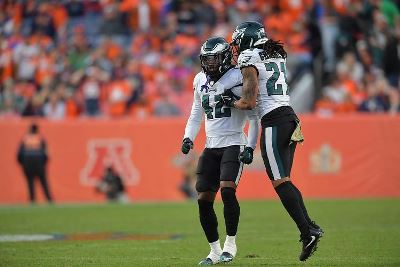 Wallace and his mate celebrating the win against the Bengal         SOURCE: Instagram

Virginia athelete Wallace appeared in 59 games during his college with 36 starts. Reportedly, he was also a member of the Tigers' 2016 and 2018 National Championship. Comprehensive, Wallace's college career was good. After graduating from Clemson, he was eligible for NFL Draft. Wallace's dream of playing in the NFL was accomplished in 2020 when the Philadelphia Eagles drafted him in the fourth 2020 NFL Draft.

Likewise, On 28 September 2021, the American footballer Wallace was kept on injured reserve after suffering a partly separated shoulder in week 3. However, he got back on the field on 30 October. K'Von has a record of 36 total tackles and one fumble recovery.

Who is K'Von Wallace dating? His love life and affairs.

Regarding relationship matters, he prefers keeping his personal life private. It's just been two years in NFL, so presently, Wallace is very focused and dedicated to his career rather than dating. His Instagram post is almost full of his football-related photos, which also shows his interest and passion for football.

The Philadelphia Eagles' free safety K'Von Wallace has not been seen with any girls publicly so far; thus, he is believed to be single.

What are his annual earnings and salary as a Philadelphia Eagle player?

Philadelphia Eagles drafted Wallace in the 2020 NFL Draft, so he has just been about two years in this field.

K'Von Wallace's net worth is around $1Million to $2Million.

When he signed a contract with the Eagles, his average salary was $7,68,528, significantly increasing to the present date. At the moment, he earns an astronomical salary of $1,000,278 per annum. 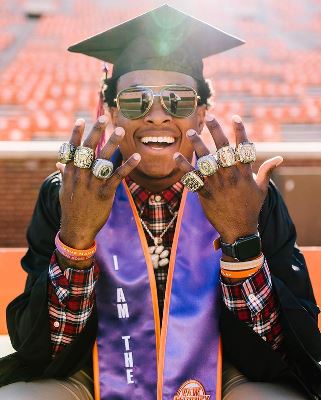 Virginia boy also credits his bank balance through sponsorship and commercial ads but has not disclosed its exact financial details.