Juuse Saros is a Finnish professional ice hockey player who plays in the National Hockey League (NHL). As of 2019, Juuse Saros currently plays for the Nashville Predators as their Goaltender. Juuse Saros has played for other teams like HPK of Liiga.

Juuse Saros earns $1,500,000 as his yearly salary and has an estimated net worth of over $1 million. The detailed information regarding his relationship status isn't available in the media.

Juuse Saros' Net Worth and Salary

As of 2019, Juuse Saros has an estimated net worth of over $1 million which is same as that of Ondrej Kase of the Anaheim team. He reportedly signed a three-year contract worth $4.5 million with Nashville Predators on July 16, 2018.

Besides Saros financial earnings, his personal assets include home and cars. In addition to this, he earns a good amount of money from various sponsorships.

Juuse is not married yet and still, there aren't any details disclosed on the media regarding his love affair or relationship.

Since he is at the beginning of his career, he keeps himself away from rumors and controversies and besides, he has a very much caring and supportive family behind him.

The Famous NHL star is 5 feet 11 inch in height and weighs around 82 kilograms. Juuse Saros is not only a world-class athlete but also has a very attractive individual. Other than being a famous NHL Goaltender, Juuse Saros is pretty famous in social media.

Juuse Saros was born on 19 April 1995, in Forssa, Finland to parents Pekka Saros and Leila Saros. As per his nationality, he is Finnish and belongs to the White ethnic group and his star sign is Aries.

Juuse Saros started his playing career with the HPK team of the Liiga. He began his professional career with the Nashville Predators after being drafted in the 2013 NHL Entry Draft. During his Liiga Career, he was named best goaltender of the tournament. 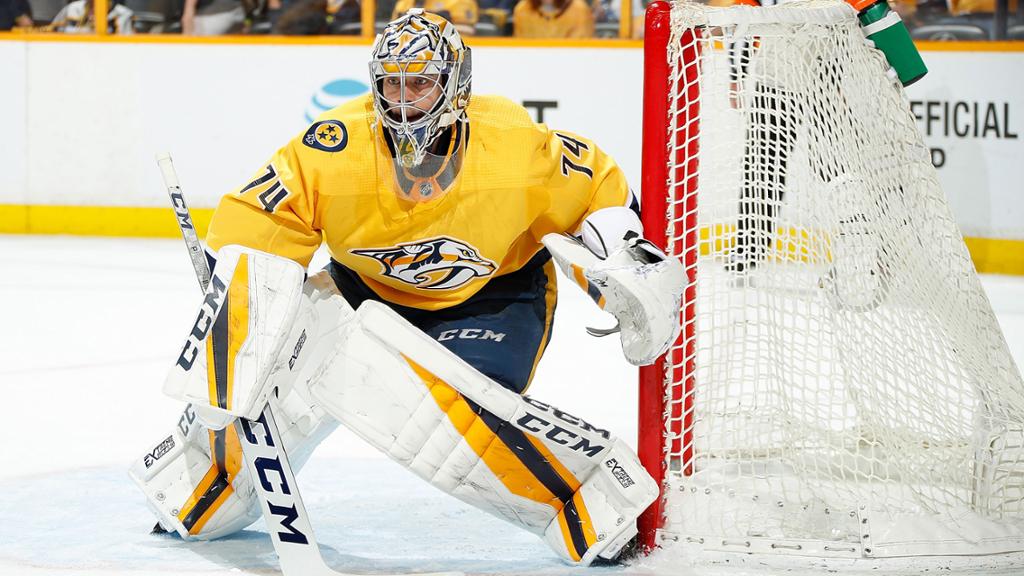 His NHL debut was against the Buffalo Sabres and his first win was against Penguins team. During the 2017 season, he made a record of having most saves against Edmonton Oilers. Currently, he is playing for the Nashville along with Kyle Turris and is playing under the captain Roman Josi.