Justin Turner is an American professional baseball player who plays as a third baseman for the Los Angeles Dodgers of Major League Baseball (MLB). He previously played for the Baltimore Orioles and New York Mets after being drafted by Cincinnati Reds in 2006.

Turner was included in the All-Star team in 2017 and was also the NLCS MVP for that season.

How Much Is Justin Turner Net worth In 2019? Know His Salary and Contract

As of 2019, Justin Turner has an estimated net worth over $30 million, mostly earned through his MLB career.

Justin Turner got married to his girlfriend Kourtney Elizabeth in early March 2018. According to her Instagram account, Kourtney is a UCLA alumnus with Indiana roots. The wedding was a three-day affair, at a beachfront resort in Mexico. 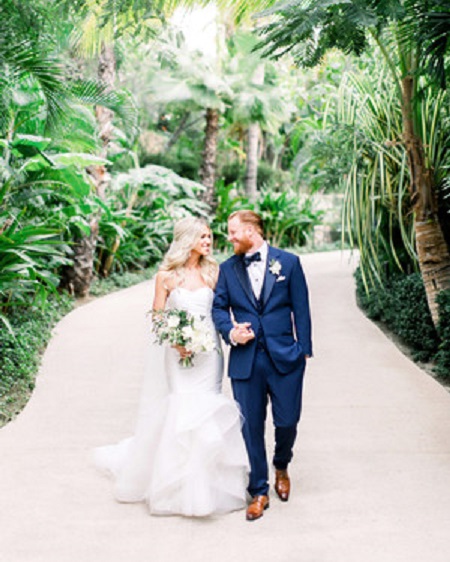 There were 200 guests appeared at the wedding with former baseball pitcher Orel Hershiser as the officiant. The couple was engaged three months prior to their marriage in December.

According to her Facebook page, the couple had been in a relationship since 2012 –which it must be true because she was around for the days Turner didn’t have a beard! However, it is not clear how the lovebirds met or came to be. So this was somewhat about his personal life. 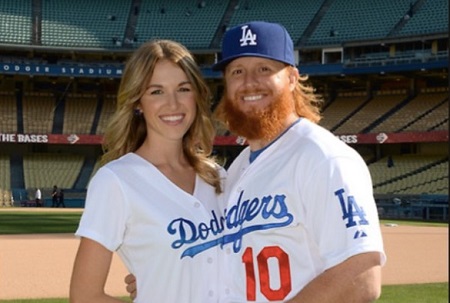 Kourtney appears to be an adventurous, fun-loving person. By all appearances, she loves animals, spending time with great friends, family, and traveling with her handsome beau Justin Turner.

Also Read: Dodgers' Justin Turner suffers a Broken Wrist injury; Will be out for some Months

Justin Turner was born as Justin Matthew Turner on November 23, 1984, in Long Beach, California. He belongs to white ethnicity. His father is John Turner and his mother is Betsy Turner. He also has a younger sister.

Turner attended Mayfair High School in Lakewood, California earning three-time All-Suburban first team honors as a shortstop and second baseman. And he joined the high school he was playing up for the school at his best and by watching his scoring everyone was very pleased with him earning the title of most valuable player honor.

He then attended California State University, where he majored in Kinesiology and played college baseball for the Titans.

Till now he has played for three teams Baltimore Orioles since 2009 to 2010 and the team New York Mets from 2010 to 2013 and now he is playing for the Los Angeles Dodgers since 2014 until the present. As a baseball player, he has been doing his work very well and not only in the game he also had his majorities in kinesiology and played baseball. He is been playing the game since 2009 till now and has a very good name in the game.