Justin Moore is an American college basketball player representing the Villanova Wildcats of the Big East Conference as their shooting guard. He projects as a second-round player at this period, but if things go right, he could be in the first-round conversation in 2022-23.

Washington, D.C. native Justin Moore was born on 12th April 2000, under the star sign Aries. He is the son of Keli Moore and Greg Moore. He has a younger brother named Jason. The twenty-one years old holds an American nationality and is of Afro-American ethnic background. He stands 6 ft 4 (1.93 m) tall and weighs 210 lb (95 kg).

Moore enrolled at  DeMatha Catholic High School, where he played basketball for the school team. During his sophomore season, he suffered a season-ending torn ACL.

As a junior, he averaged 16.6 points per game. In his senior season, he averaged 18.2 points, 7.1 rebounds, and 4.1 assists per game. Also, he led the DeMatha Catholic to its second straight Maryland Private School Tournament state title.

Considered a four-star recruit, he signed to  Villanova for his collegiate basketball career over offers from Maryland, Louisville, and Wake Forest, among others.

As a sophomore, he averaged 12.9 points and 4.1 rebounds per game, leading the team to the Sweet 16.

As a junior, he debuted against Mount St.Mary's, scoring a career-high 27 points, including six three-pointers in a 91-51 win. He will soon be listing his name for the upcoming NBA draft and be drafted in top pick.

Justin Moore is yet to turn professional. Not to mention, college basketball players make no money from the college. However, most of them have full scholarships. According to the NCAA's new rules, college athletes can now earn via endorsements and sponsorships.

Justin Moore is far from the relationship, at least in the eye of the media. There are no reports on the shooting guard's relationship or girlfriend. He has dropped no hint. Hence, he is believed to be possibly single. 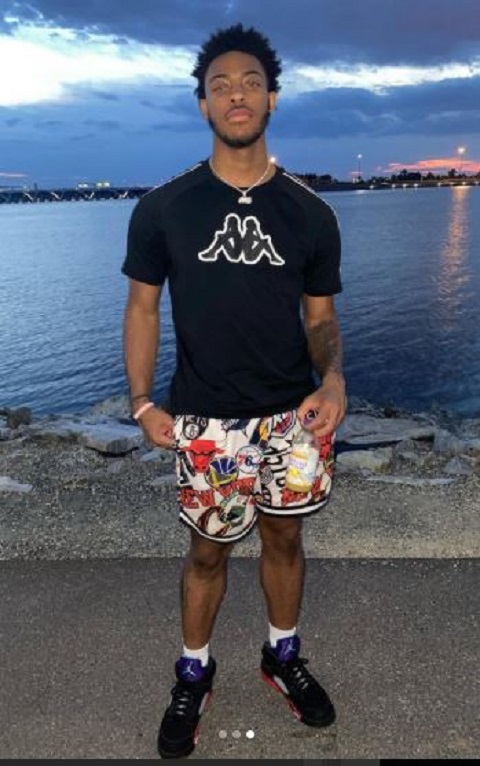