Julija Stoliarenko is a professional Lithuanian Lethwei and Mixed Martial Arts fighter who is currently signed to the Ultimate Fighting Championship. Moreover, she is the current Invicta FC Bantamweight Champion and ILFJ Women Featherweight Champion. A IBJJF purple belts, Julija Stoliarenko she has compiled a professional record of 9-4-2 (win-loss-draw). She is ranked #19th the Current Best Female Bantamweight and #94th Current Best Pound Female MMA Fighter.

How Much Is Julija Stoliarenko Net Worth?

A professional since 2012, Julija Stoliarenko has made a substantial sum of money through her MMA career. As of 2020, her net worth is reported $0.5 million. 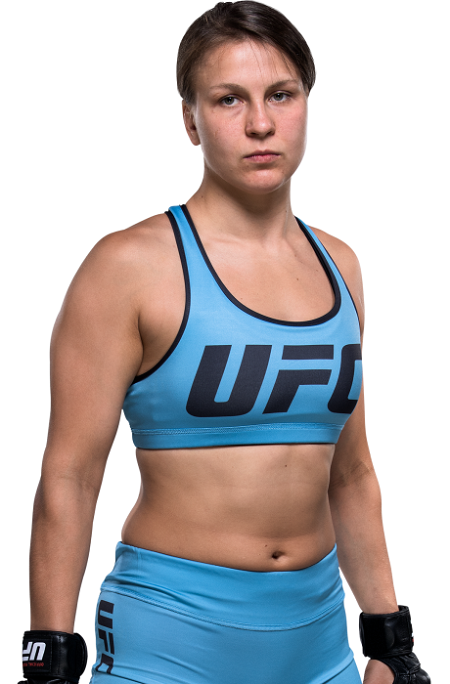 Currently, she competes in the UFC, where she pursed $13,500 ($10,000 to show, $3,500 fight week incentive pay) at UFC Fight Night: Lewis vs. Oleinik. The median income of a MMA fighter is $68,000. Besides, she has previously competed at various organizations such as Invicta FC, TUF, King of King, and Fighters Arena among others.

Julija Stoliarenko is a private person when it comes to her personal life. She is yet to come out with her love life to her fans. Information regarding her past/present love relationship, boyfriend, or husband is still the subject of curiosity.

Active on Instagram with over 7k followers, most of her IF post her from her fights and some with her mates. Besides, there is no lovey-dovey post. As of now, she is believed to be single.

Born to Lithuanian parents, Julija was brought to Karate by her father when she was 12 years old. Since she fell in love with martial arts and always dreamed of pursuing a career in MMA.

She did her high schooling at Kaunas, Lithuania. After graduation, she enrolled at the Lithuanian University of Health Sciences and earned a Bachelor's degree in Dental Hygiene.

Julija made her professional MMA career debut on 14th April 2012 on her home town at SWAT 30, where she had a draw against Evelyn Adomulyte. Further, she had plenty of fights on her country.

Prominently, in 2018, she was a contestant on he Ultimate Fighters: Heavy Hitters where she lost to Leah Letson in the finale. On 6th March 2020, she defeated Liza Verzosa at Invicta FC: Phoenix Series 3 and won the Invicta FC Bantamweight Championship.