Juan Adams is an American mixed martial artist who is competing in the heavyweight division in the Ultimate Fighting Championship (UFC). He started his UFC career in 2018. Before that, he fought under Legacy Fighting Alliance where he culminated to a record of 3-0

A native of Houston, Texas, Juan Adams was born on January 16, under the star sign of Capricorn. He stands of 6 feet 5 inches tall and weighs around 120 kg. He is also known as "The Kraken." Adams began his professional MMA career in 2017. He has a degree in computer science from Virginia Military Institute, which is based in Lexington, Virginia.

Juan Adams recently joined the MMA and has a long way to go before he starts raking in thousands of dollars from the UFC. When Adams won the fight against Chris De La Rocha, he received $24,000 in cash prize, including a $12,000 win bonus. 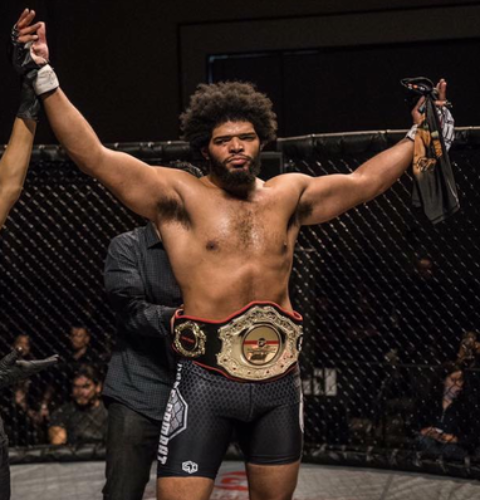 So far, his estimated UFC career fighting earnings is $58,000. He earned this amount UFC 246 and onward. Also, this is only the reported salary plus fight of the night, knockout of the night and submission of the night bonuses. This data can still be considered very close to his actual earnings, as most fighters’ earnings remain somewhat predictable from fight to fight unless they sign a new contract in the meantime.

Juan might be paid a good amount while he faces Justin at UFC 247.

Juan Adams is currently in a relationship with his girlfriend. He has posted his photos with her on his Instagram account. But information regarding his girlfriend is not available.

In one of his Insta posts made in June 2019, he wrote that the girl in the photo is his girlfriend but didn't tag her as people might request to follow her which he doesn't want. 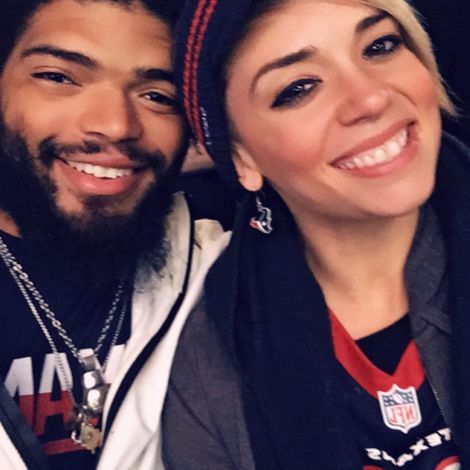 Was brought to my attention that i don’t have many pics of my gf up. Hers one that’s sfw, I’d tag her but i don’t want y’all requesting to follow. But yes we are still together and I’m happy, nosy asses

Even after a thorough lookout of his Instagram posts, we could not find out any information about her nor her Instagram account. Keep visiting playerswiki to know about her. We will soon update as soon as we come across her identity.

Adams was born in Houston, Texas, and is the elder son of Alicia Arciniega and Bret Adams. He has a brother, Gator Adams, who is younger than him. He studied at Strake Jesuit College Preparatory High School. While at Strake Adams took part in wrestling.

Adams was named an All American at the AAU National High School Wrestling Competition after he took 5th place at the Texas State Championships. He also played football and competed in shot puts and discus in high school.

After graduating from Strake Jesuit in 2010, Adams went to Virginia Military Institute. There he wrestled for five-year from 2010 to 2015. He served as team captain for two years and wrestled in over 100 college matches. He graduated with a bachelor's degree in Computer Science and a minor in Exercise Science. During those years, he also began training at the Paradigm Training Center in Houston to supplement his wrestling coaching. Adams continues to teach at Paradigm to this day.

Upon graduation, Adams showed an interest in the NFL and pursued the NFL tryout for some months. He played with both the Green Bay Packers and the Denver Colts. But when Adams could not stand the idea of waiting a year to see if he would earn a tryout, he left the NFL and went on to pursue a career in martial arts.

After a brief audition with WWE, Adams became convinced to continue his career in mixed martial arts. In September of 2016, he joined Garcia Promotions as a young amateur.

The same month the Legacy Fighting Alliance recruited Adams so he could become a professional. While with the LFA, Adams recorded 3-0 and was given an invitation to appear in Dana White’s Contender Series. He was successful in defeating Shawn Teed by way of technical knockout in the first round, which earned him a UFC contract. On December 15th, 2018, Adams made his UFC debut against Chris De La Rocha.