Josh Sargent is a professional soccer player born in the United States of America. He plays as a forward or a winger for EFL Championship club Norwich City. Being a native of America, Sargent represents the United States, national team.

Moreover, Sargent wears jersey number 24 in his current team, and his deal expires on June 30, 2025. Furthermore, Sargent earns a reasonable sum from his current club, with whom he has a million-dollar contract. Previously, he played for other clubs and earned a decent fortune. As of now, Sargent's market value is €12 million. Furthermore, Sargent is also a national player. So, we can speculate his net worth to be around $1 million.

The professional footballer may have worked with some sports brand that might be paying him well.

Giovanni Reyna is also a player in the national USA team.

Who Is Sargent's Girlfriend or Wife?

Well, Sargent is already married and has a loving wife named Kirsten Lepping. The married couple has been supporting each other for many years. His wife, Kirsten, is reported to be a St. Dominic soccer player. 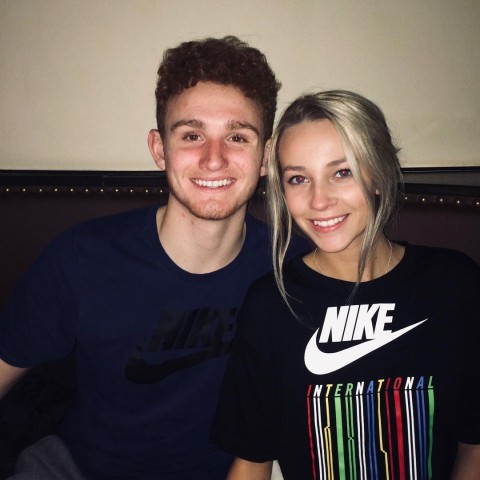 josh shares a photo with his wife  SOURCE: [email protected]

The loving pair announced their engagement on August 2020. Furthermore, the duo became parents for the first time after welcoming a child, a daughter, on January 13, 2022. The family of three lives happily.

However, both Sargent and Lepping appear to be secrative, due to which they do not post much on social media.

The O'Fallon native began his football career after joining St. Louis Scott Gallagher in 2008. With them, he played until 2016 and moved to IMG Academy for the 2016-17 season. For the following season, Sargent moved to Werder Bremen.

Moreover, Sargent's senior career started with Weder Bremen II, with whom he appeared in 12 games and scored seven goals. From 2018 to 2021, Sargent played in 72 professional matches and netted 13 goals.

Regarding his career on the national team, he has already represented the youth teams. On November 7, 2017, Sargent received a call-up from the senior team, and on May 28, 2018, Sargent debuted for the senior squad by playing against Bolivia. Furthermore, Sargent is one of the footballers in the national team competing in the FIFA World Cup 2022.

Joshua Thomas Sargent was born to his parents on February 20, 2000, in O'Fallon, Missouri, United States. His parents are Jeff and Liane Sargent. Furthermore, Sargent comes from an athletic family background, as his father and mother played college-level soccer.

It is reported that he also has siblings, but their details are not available on internet sources.