Josh McCown is an American professional football quarterback who last played for New York Jets and is currently signed to Philadelphia Eagles. Additionally, the Arizona Cardinals drafted McCown in the third round of the 2002 NFL Draft, and he represented the team for four years. During his entire career, he has represented different teams such as Arizona Cardinals, Detroit Lions, Oakland Raiders, Chicago Bears, Tampa Bay Buccaneers, Cleveland Browns and many more.

McCown has collected a massive net worth of over $20 million as a footballing superstar. Also, he is happily married to his beautiful wife, Natalie McCown, and shares four children with her. In addition, if you are curious to know more about a footballing star, take your time to review the article until the end.

Josh is a married man and has tied the knot with her beautiful wife, Natalie McCown. Furthermore, the couple started dating each other during their university days.

The couple is a parent of 4 children two daughters, Bridget and Aubrey and sons, Aiden and Owen. 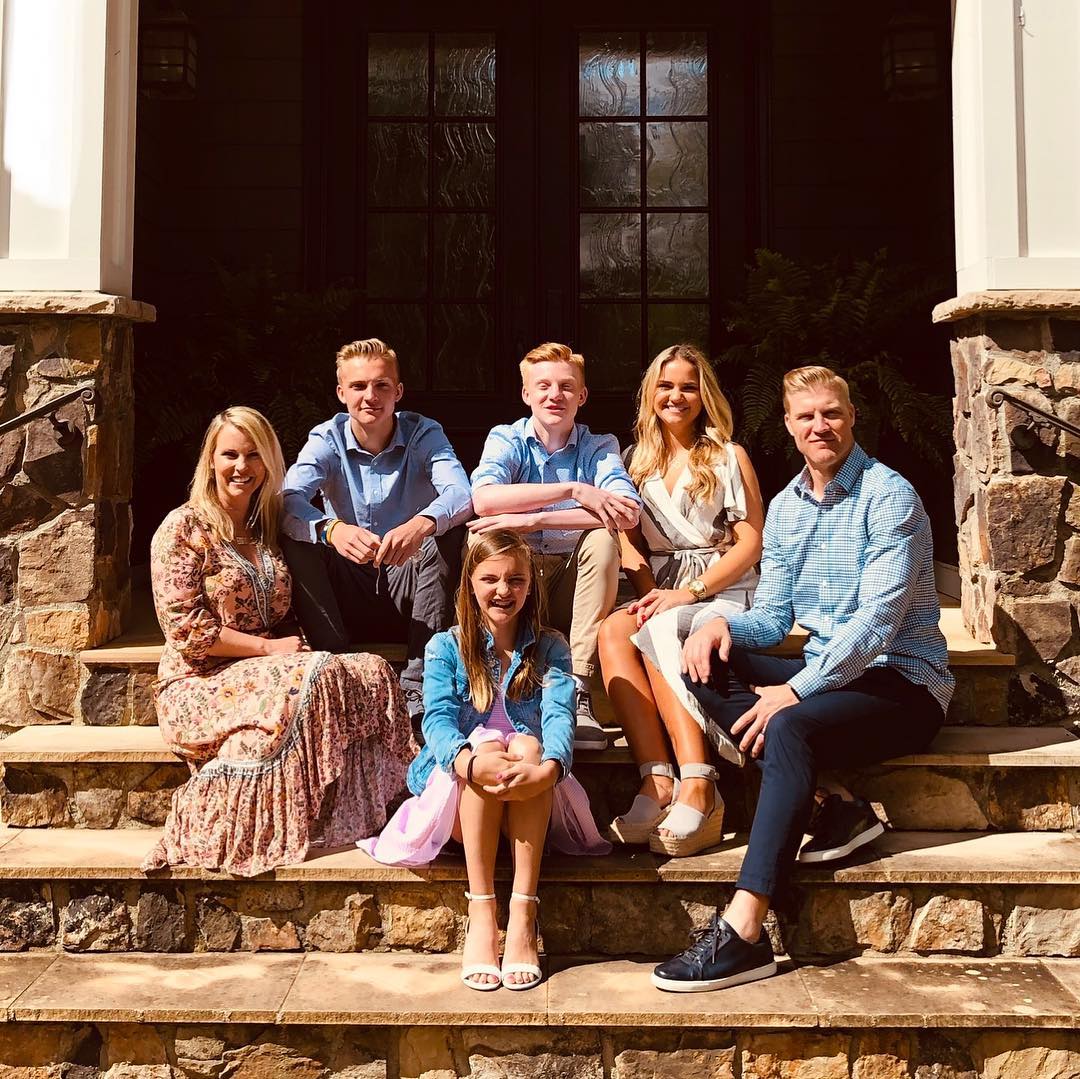 Josh McCown With his wife and children SOURCE: Instagram

Exploring Josh's social account, we found that his children are great admirers of him, and during an event at school, his daughters and their friends wore seven football jerseys. In addition, he and his sons have the same field of interest as they regularly watch sports and support the same team.

Josh is a family guy and has proven to be a great husband and father. Josh was never involved in any past rumors regarding affairs or relationships. Besides, he and his family are regularly spotted together, vacationing and spending free time together.

Moreover, Josh admires his partner a lot, and on the occasion of Mother's day, he posted a picture of her with the caption, "She’s the glue!!! We love her and appreciate all she is for our fam! Happy Mother’s Day to @nataliemccown12 and all the moms holding it down out there!"

There isn't much information about her, but with all the information, we can conclude that she has been a wonderful woman, raising her kids and supporting her husband.

How much does Josh McCown Earn?

Being a popular sporting athlete, it is obvious to have a whopping net worth. Reportedly, he has an estimated net worth of over $20 million. Furthermore, he has collected $49,668,000 as total career earnings, playing for 16 seasons, whereas Aaron Rodgers is among the all-time highest earners with overall career earnings of  $204,044,529.

His career contracts, including bonuses and incentives, are tabulated below:

Talking about his assets, he has a collection of luxurious cars and owns a house. However, the detailed information about his probable assets is not in the media yet.

Josh McCown was born on July 4, 1979, in Jacksonville, Texas, to Pat McCown and the details about his mother are not in the media yet. He grew up with his siblings, Randy McCown and Luke McCown. Talking about his racial background, he holds an American Nationality and belongs to the white ethnic group.

Further, he was born under the star sign Cancer. Talking about his early days, he attended  Jacksonville High School in Jacksonville, Texas and played for their football team. Later, he attended  Southern Methodist University and also represented their team.

Josh McCown was first drafted by Arizona Cardinals in the 2002 NFL draft and played for them for four seasons. Later he represented different teams which are enlisted below: