Daniel Sorensen a.k.a. Dirty Dan is an American football player who is currently signed to the Kansas City Chiefs of the National Football League (NFL) as their No. 49 safety. After going undrafted at the 2014 NFL draft, he was offered by the multiple teams but stated he chose to accept the Chiefs' offer because they showed they wanted him.

Born on March 5, 1990, Sorensen finished his collegiate career from Brigham Young. What's more, the twenty-nine years old has served a mission for the Church of Jesus Christ of Latter-day Saints in Costa Rica from 2009 to 2010.

How Much Is Daniel Sorensen Net Worth In 2020?

As of 2020, Daniel Sorensen has a mouthwatering net worth of $10 million, solely earned from his NFL career. Initially, Sorensen agreed on a two-year, $930,000 contract with the Kansas City Chiefs. Later three seasons, his contract was extended to a four-year, $16 million that includes a $4 million signing bonus by the Kansas City Chief. 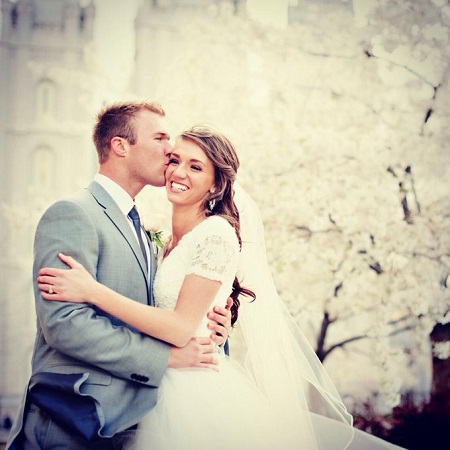 His spouse, Whitney, has a personal blog named It’s a Wonderful Life where the last entry she posted came on March 15 of 2015. 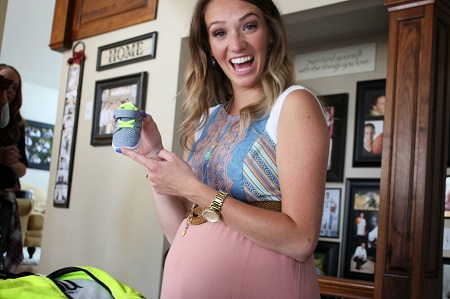 That post detailed the baby shower her mother and sister threw for her before she gave birth to their second child. Also, she talked about Daniel’s 25th birthday party at length on her blog. she presented Daniel with twenty-five clues that led him to his new mountain bike.

On 2nd April 2014, Sorensen tweeted a picture from his wedding, on Whitney's birthday, "April 2nd, 1992, the most important day of my life. The day @whitneyjill3 was born."

Matter of fact, Mr. and Mrs. Sorensen are not the social media person. They keep their private life as secret as possible.

Daniel Sorensen was born to Kory Sorensen and Roxann Sorensen in Riverside, California, and raised in Grand Terrace, California. He holds an American nationality and belongs to the white ethnic background.

He grew up alongside five siblings: a sister named Emily and four brothers named Trevan, Bryan, Cody, and Brad. Nevertheless, he is not only who is into the sport; his elder brother, Brad Sorensen, following a collegiate career at Southern Utah, was selected in the seventh round of the 2013 NFL Draft and played three seasons in the NFL.

After undergoing updraft at the 2014 NFL draft, Daniel Sorensen signed to the Kansas City Chiefs. In the Chiefs' season-opener, he made his professional debut against the Tennessee Titans, where he recorded his first career tackle on Coty Sensabaugh.

However, Sorensen was waived by the Kansas City Chiefs on September 9, 2014, and subsequently signed to the practice squad two days later. His demotion to practice squad was reported because of two blunders on special teams that resulted in a failed fake punt and an offsides penalty during their 24–10 win against the New York Jets. The next month, he was promoted back to the active roster. Since then, he is with the team.