Cameron Dunbar is an American professional soccer star who plays for the LA Galaxy of Major League Soccer. The #25 striker, Dunbar is famous for his shooting and balance. He is a right-footed homegrown player who did his MLS debut against Portland Timbers.

Dunbar was born on October 22, 2002, in Carson, California, United States to Sean R Dunbar and Camile Dunbar. A talented player from childhood, Dunbar started playing soccer when he was seven.

Cameron is the son of Sean R  Dunbar. Sean himself is a big LA Galaxy fan and soccer admirer.The LA Galaxy star has two brothers- Nicky Dunbar and Adam Dunbar. All three siblings share a close bond with each other. 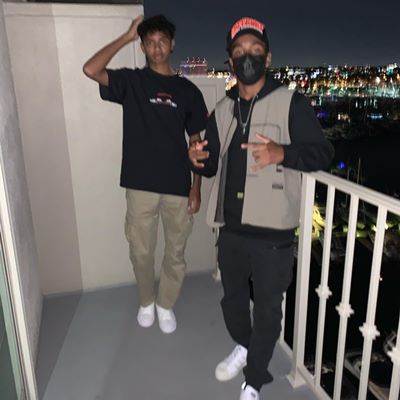 He started watching soccer on youtube, TV, and stadiums. It is what kept him motivated to follow soccer as a passion for life.

Later on, He played for two academy sides in his youth including Albion SC and LA Galaxy. On February 20, 2020, he signed as a homegrown player for LA Galaxy.

Both Nicky and Adam play for LA Galaxy Academy. They are following the footsteps of their older brother Cameron who is already a soccer sensation.

Net Worth of Cameron Dunbar

Cameron Dunbar is in the roster category of supplemental slots 29-30. According to the rules of MLS, they get a base salary of $63,457.

As of 2021, Cameron has an annual guaranteed salary of $116,750. However, the salary fluctuates with the Man OF The Match Prize and new sponsorship deals.

He has a big craze for cars. The LA Galaxy #25 is seen with his uncle in big jeeps. He may buy a supercar soon. Who knows?

Cameron Dunbar's net worth estimates to be around $0.5 million.

Cameron Dunbar is just 19 years old. He is sometimes seen with Kayla Gatlin. They follow each other on Instagram.

He has not disclosed any information regarding his relationship.

Kayla goes to watch Cameron's matches with her family. Both the families share a good friendship. Kayla and Cameron go to beaches every weekend. There are rumors that Kayla and Cameron are dating. They are seen spending time together on weekends at the beach. 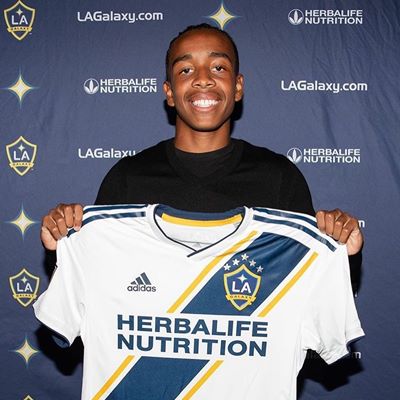 On February 20, 2020, LA Galaxy signed him as a homegrown player. He made his professional debut against Portland Timbers.

He has a FIFA 21 Rating of 54. He has a 2-star skill rating. His best qualities include 88 Balance and 80 Acceleration.

Cameron was the runner-up of Mobile Mini Sun Cup 2021.

He has the biggest supporters in the whole world. His parents have been his real support system from childhood. Camile and Sean have put their two younger sons Nicky and Adam in LA Galaxy Academy. They have a great future ahead of them.

Sean is a big fan of Lebron James and supports LA Lakers in NBA.

To Know More About Your Favorite Players' Life Visit PlayersWiki and Stay Connected.