Jordy Caicedo is a professional football player from Ecuador who plays as a forward for the Liga MX Tigres UANL. Apart from playing as a forward, he sometimes plays as a center. The 6 feet 1-inch tall footballer wears jersey number 9. Starting his career with Norte America, Caicedo has been a part of other teams, too, and since signing a deal with Tigres UANL on July 4, 2022, he has been playing for them.

Furthermore, Caicedo is also a national player who made his senior national team debut on June 4, 2021, in a match against Brazil in a World Cup qualifier. Caicedo came as a substitute for Enner Valencia in the 76th minute game in the respective game. In 2021, Caicedo won the title of Best foreign player in Bulgarian football, which he also shared with Jurgen Mattheij.

The professional Ecuadorian footballer has amassed a massive amount of money. Caicedo is considered one of the most important players on his team and might be receiving a decent salary. The average football player's gross wage in Ecuador is $16.851 or $8 per hour, and they may also get a bonus of around $425.

So, it can be said that Caicedo may earn in the same range as his team. Besides that, his current market value is €2.00m, as reported by Transfermrkt. When he left CSKA-Sofia to join Tigres UANL, Caicedo's transfer fee was €2.50m. From this, it becomes clear that Caicedo is doing good in his career and making a huge sum of money. 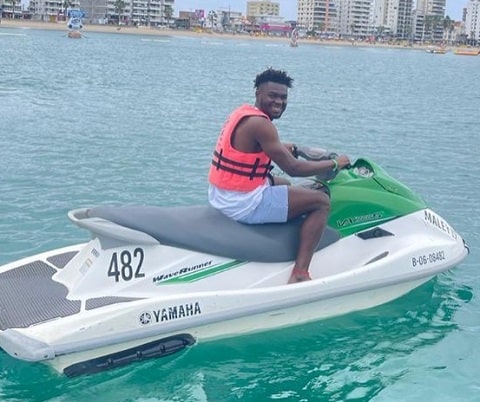 Furthermore, Caicedo has preserved a massive net worth in the six figures. We can see through his social media posts that Caicedo lives a lavish life as he often posts amazing pictures exploring different places.

Moving into his love life, Caicedo is already taken, and he has a loving partner whose name is missing from the web. As per his IG bio, Caicedo is engaged to his partner, and he has also mentioned her username, but we can't find it.

Despite that, the couple is doing great in their life, and they are fun-loving people who love exploring different places together. So, Caicedo also features their moments on his Instagram handle. It is believed that the pair have been together for a long time, but they have not announced anything about their marriage at this post. 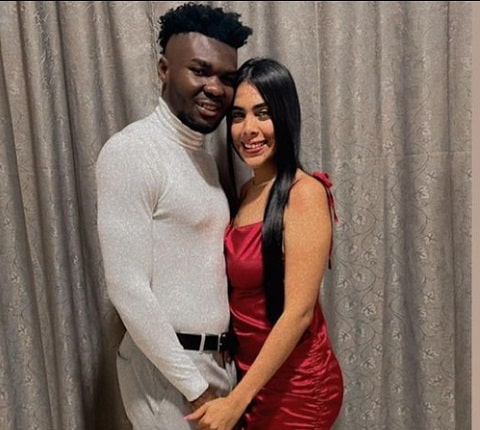 Jordy Caicedo is engaged to his partner SOURCE: Instagram @jordy_caicedo_oficial_

However, the professional footballer may give some updates about his love life in the future as his fans and well-wishers are eager to know about it.

In his early days, Caicedo played football in a rich neighborhood. At the age of 15, Caicedo had an unsuccessful trial with Santos. After that, he played for Norte America from 2011 to 2015. In 2014, he also played with Deportivo Azogues on loan. From 2015 to 2018, Caicedo played for Universidad Catolica.

And his senior career also started with Universidad Catolica, with whom he made 54 appearances scoring five goals, until 2018. And Caicedo also played for El Nacional in 2019 on loan. For the team of El Nacional, he made 13 appearances and had seven goals.

From 2019 to 2021, Caicedo played for Vitoria making 42 appearances and scoring seven goals. After that, the 6 feet 1-inch tall player joined Bulgarian club CSKA Sofia and made a great contribution to the team. In addition, Caicedo helped his team win the Bulgarian Cup in 2020-21 for CSKA Sofia. With them, he played in 42 games and scored 23 goals. On July 4, 2022, he joined Tigres UANL. 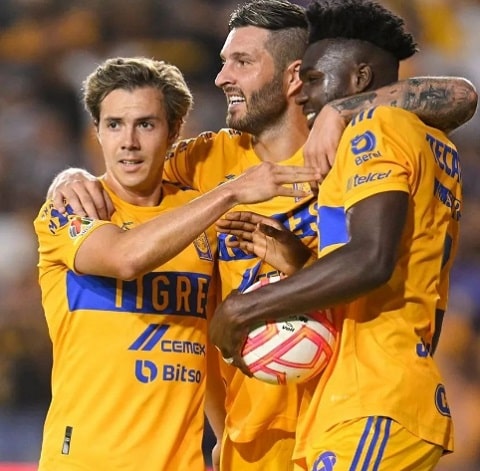 Besides that, Caicedo is also a national player who has represented the U17 team making 13 appearances with them and scoring four goals. Finally, on June 4, 2021, he made his senior national team debut in a World Cup qualifying game versus Brazil. Later, Caicedo also participated in the 2021 Copa America and played in a match against Colombia.

On March 25, 2022, Caicedo scored his first goal for the senior national team while playing against Paraguay, but they lost the respective match.

Caicedo is an active social media user who is most famous on Instagram. His IG username is @jordy_caicedo_oficial_. More than 66.7k people have followed him on the respective platform. On September 15, 2019, Caicedo made his first post on Instagram, and it was with his partner. 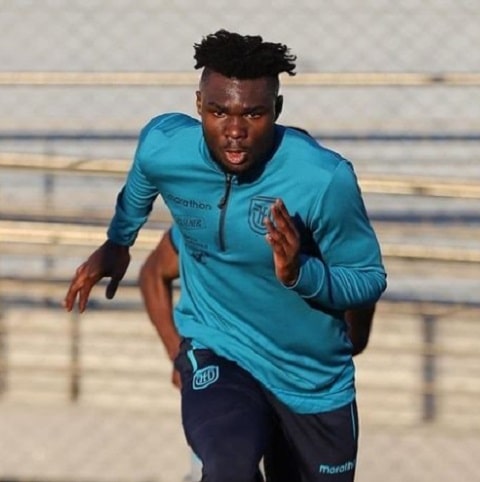 From his social media account, Caicedo shares updates regarding his personal and professional life. So, we can follow him there to get more details about her ongoing lifestyle.

Jordy Caicedo was born on November 18, 1997, in Machala, Ecuador making his age 24 years as of early 2022. His full birth name is Jordy Josue Caicedo Medina. Further, Caicedo holds an Ecuadorian nationality, and his height is 6 feet 1 inch (1.85 m). 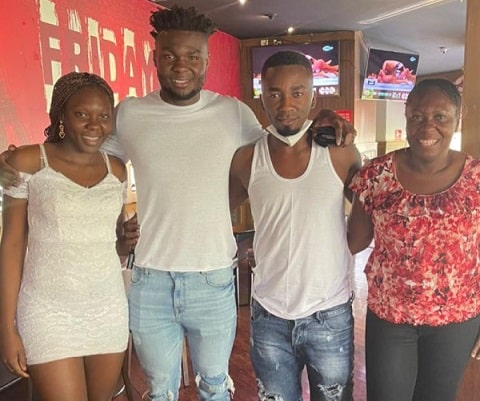 Furthermore, Caicedo shares a strong bond with his family members, but due to his low-key nature, we cannot mention much about them. Due to this, the details about his father and mother also remain away from the public domain.

Some Facts About Jordy Caicedo