Jordan Poyer is a professional American footballer who plays as a strong safety for an NFL team, the Buffalo Bills. As of 2020, his NFL statistics include 550 total tackles, eight sacks, 33 pass deflections, 7 forced fumbles, 6 fumble recoveries, 15 interceptions, and one defensive touchdown. Poyer was drafted by the Philadelphia Eagles in the seventh round of the 2013 NFL Draft, the overall pick, 218.

As a high school footballer, he helped his team win the state championship. As a true freshman at Oregon State University, he had 11 tackles. The following season, he recorded 34 tackles. In 2011, he had 51 tackles, was named to the All Pac 12 first team, and was also a consensus All American. 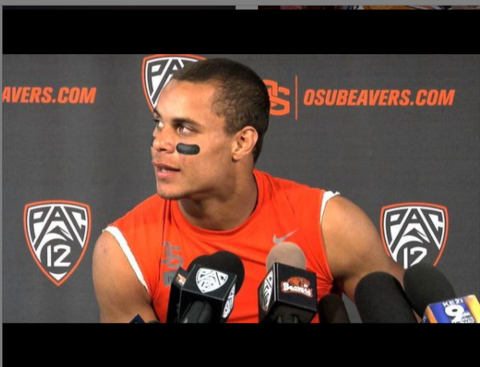 Jordan Poyer was drafted by the Philadelphia Eagles in the seventh round of the 2013 NFL Draft SOURCE: Instagram

In his first season with the Philadelphia Eagles, Poyer competed for a roster spot as a backup cornerback against Brandon Boykin, Curtis Marsh Jr., Trevard Lindley, and Brandon Hughes. He made his NFL debut in the Eagles' 2013 season opener at the Washington Redskins and recorded three combined tackles in their 33-27 victory.

He was signed by the Cleveland Browns in October 2013 and would go on to be with them until 2016. As their rookie, he recorded 21 combined tackles in 12 games and zero starts. In September 2014, he had his first forced fumble in the Browns' 26-24 victory against the New Orleans Saints. He finished the 2014 season with 21 combined tackles in 16 games.

He finished the 2018 season with a total of 100 tackles, 4 interceptions, 2 sacks, and 1 forced fumble. That year, he also intercepted Aaron Rodgers' throw in a week 4 Bills' loss to the Packers thus ending Rodgers' streak of 150 passes without an interception.

Jordan Poyer's Net Worth and Salary

On March 19, 2020, he signed a 2 year, $19.5million contract with the Buffalo Bills, including a $3million signing bonus, $13.3million guaranteed, and an average annual salary of $9.75million. As per his recent contract, the six-foot-tall safety strong will be receiving a workout bonus of $200,000, while carrying a cap hit of $7.87million and a dead cap value of $6.77million.

His $19.5million contract is spread out over three years. He is expected to have received $5.675million more in 2020 between the bonuses and changes in salary. Poyer has the potential for $1.2million per-game active bonuses over the three years of the deal. Judging from the above details, Poyer's net worth should very likely be in the ballpark of $10-$15million.

Jordan Poyer's Married Life; Who is his Wife?

Poyer has been with his wife Rachel Bush since 2016. Bush is an Instagram model. They met when Poyer was playing for the Cleveland Browns while Bush was a college student at Florida Atlantic University.

They got engaged on Christmas day in 2016 and had their first child, a daughter, Aliyah Anne on December 30 of the same year. The couple celebrated their wedding day on February 17, 2018. The summer of that year, Poyer and Bush hit a snag with their relationship. This was due to Poyer's alleged affair with a college student named Summer Rae. The footballer later issued an Instagram apology to his wife explaining that he made a mistake and asking for a second chance. 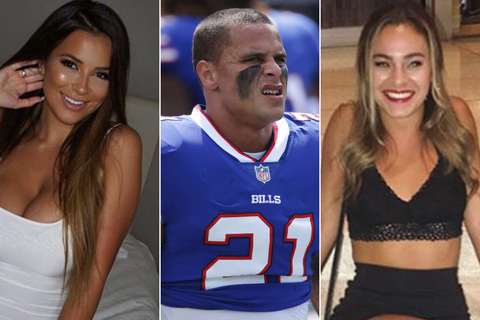 Jordan Poyer was alleged of having an affair with a college student, Summer Rae, while being married to Rachel Bush SOURCE: The NY Post

The couple seemed to have reconciled for a while, until 2018, when Rae alleged that Poyer had told her he was getting a divorce from Bush before starting a relationship with her. Amidst the scandal, sources reported that Rae and Bush had exchanged some heated messages in between them.

Bush later set forth a statement that said Rae was the one who was crazily obsessed with the Bills no 21 and constantly texting him. As of recent, things seem to be under the bridge for the couple as they are all seemingly happy and enjoying their togetherness with their daughter; quite apparent from their respective social media handles.