Kauko is an experienced central midfielder and is equally competitive in defensive midfield and attacking midfield. He had made his international appearance when he was just twenty-one. He has won the Finish league cup in 2008 and 2013 for two different Finish clubs, Inter Turku and FC Lahti, respectively. For Mohun Bagan, he wears jersey number seven.

Who is Joni Kauko? Early career and physical stats

Finland's professional player Kauko was born in Turku town of Finland on July 12, 1990. He is thirty-one years as of 2022. Kauko's mother and father's information is under the cover as of now. Their identity is only known to their nearest one. Also, he has not revealed what his siblings do and how many siblings he has. 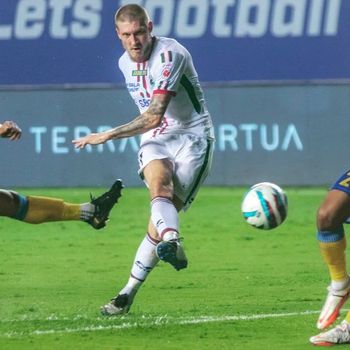 Kauko's childhood and student years are covered likewise in a box. He has not specified the school or institution he graduated from. According to astrologers, Cancer is Kauko's zodiac sign. He has a muscular physique and stands at 6 feet 1 inch and weighs 75 kg, and he comes from a White ethnical environment. His eyes and hair are both hazel in tone.

Also, read about Filip Uremovic's net worth, relationship, and biography.

In his hometown, Joni Kauko began his amateur career with Runosmaen Nappulat, TPS, and Inter Turku. He started his professional career with Inter Turku in 2008. He began playing professional football in 2008 and now earns a reasonable wage. According to several reports, Joni has a net worth of $2 million. Joni also earns money from endorsements and ads. According to reports, the amount of money he receives due to the arrangement is unknown. Kauko began his career with Mohun Bagan on June 24, 2021, and he will depart the club on May 31, 2023.

Is Joni single or having a secret relationship?

Joni Kauko is an open guy who loves to share his pictures with his followers. But, he is secretive and closed when it comes to relationship status. He does not have single photos with girls in his Instagram account.

Also, he is not seen with any females in public areas. Kauko enjoys going on vacation with his friends. He has not given a single hint if he is dating someone.

So, as of 2022, Kauko might not have any girl in his life, or even he could be married looking at his age.