Jonathan Kuminga is a rising Congolese professional basketball player. He has been playing for the NBA G League Ignite in the NBA G League as a small forward. He was a five-star recruit in the 2020 class. Rumors of Kuminga making his name for the 2021 NBA draft is in the mid-way.

Jonathan Kuminga was born Jonathan Malangu Kuminga on October 6, 2002, in Goma, Democratic Republic of Congo. He is among the four children born to his parents. Kuminga has not uttered a single word about his early life and his parents. As per sources, he left his parents behind in his home country and moved to the States with his brother, Joel Ntambwe.

Jonathan transferred to Our Savior New American School in his sophomore year. He studied at the Huntington prep School in West Virginia and averaged 25 points, five rebounds, and five assists per game in his freshman year. He was named the most valuable player of the Slam Dunk to the Beach showcase. Jonathan averaged  20.8 points, 5.2 rebounds, and 3.3 assists per game for the NY Rens at the Nike Elite Youth Basketball League.

Kuminga transferred to the Patrick School for his junior year. He recorded 20 points in his debut game and averaged 16.2 points, 5.5 rebounds, and 3.7 assists per game in his junior year. The basketball player emerged as one of the best recruits in the 2021 class. After graduating from high school, Jonathan got several offers from universities like Texas Tech, Auburn, Duke, and several other colleges. However, he announced that he would bypass college basketball to join the NBA G League Ignite, to everyone's surprise.

Jonathan was a consensus five-star recruit and the best small forward in the 2020 class. He signed a one-year contract with the NBA G League and scored 19 points, four assists, two rebounds, and two blocks in a 110–104 debut match win over the Santa Cruz Warriors.

Jonathan is an active social media user. He keeps updating his 150k followers on his Instagram account. Following his posts, It seems like, Kumingo is single as of early 2021. He is very much early in his career and must be focusing on his career. However, The basketball player could secretly be dating someone and might be waiting for the right time to open about his relationship.

Goma Native, Malangu is very much early in his career. He is rumored to list his name for the upcoming 2021 NBA draft. Jonathan is among the top-five picks in the 2021 NBA Draft along with other star college basketball players like Jalen Green. 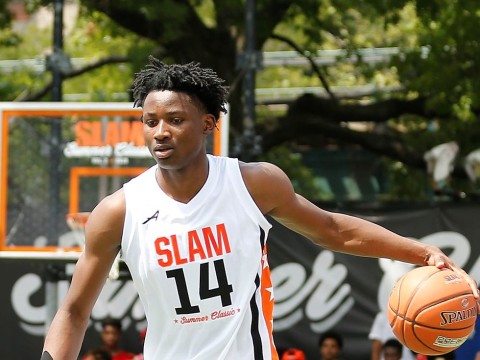 Jonathan has been playing in the NBA G League SOURCE: The Atheltic

The average salary of a rookie player at the NBA player is more than $1 Million. He shall be landing a huge contract in the coming days.