Jonathan Parker Fitch is an American mixed martial artist and a movie actor who was ranked 6th in the welterweight in the world by Sherdog in 2013. He has been competing in the PFL welterweight division of Bellator since 2018.

He formerly competed in the in the UFC ( Ultimate Fighting Championship) where he compiled a record of 14-3-1.

Jon was born on February 24, 1978, in Fort Wayne, Indiana. With a bachelor's degree in physical education and a minor in history, Fitch graduated from Purdue University in 2002, where he used to be the team captain of the wrestling squad.

Fitch thought about making a career in wrestling after he saw the money that the top fighters were making. Then he met Tom Erikson a former PRIDE fighter, who introduced Jon to other fighters and soon he started his mixed martial arts career in 2002.

Fitch began his early career with four wins, two losses and one no contest at the light heavyweight division. After this, he realized that he needed more training in various martial arts for him to improve so he left for San Jose, California to train with the American Kickboxing Academy.

Income and the Net worth

Along with a career in UFC and WSOF, the welterweight champion also has made a small cameo in the documentary movie Fight Life, about mixed martial arts. The documentary movie even won an award in 2013. Fitch also started in movie Such Great Heights documenting his preparations to fight UFC legend George St. Pierre at UFC 87.

With all his accomplishments in his fighting career and few roles in movies, Fitch is estimated to have a net worth of around $3 million and that will only increase as he is still involved in WSOF and other projects.

The professional career of Fitch

While training in the gym, Fitch fought at middleweight and won seven fights on a bounce despite his wins, he was not selected for the first season of The Ultimate Fighting Championship (UFC). On October 3, 2005, Fitch got a shot in the UFC where he defeated Brock Larson in a middleweight division.

At the UFC 87, Fitch was defeated by Georges St-Pierre via unanimous decision and with that he lost his 8 streak wins in the UFC which was held by Anderson Silva, who too lost his winning streak on July 6, 2013.

Fitch had a dispute over his reluctance to sign a lifetime contract with UFC but it was settled after an agreement that will allow him to feature in UFC Undisputed video games on November 20, 2008. 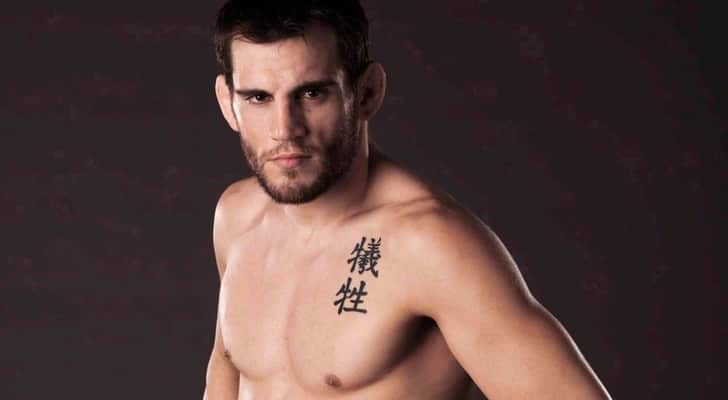 On October 13, 2012, Fitch defeated Erik Silva and received Fight of the Night honors and later in an interview he mentioned that this fight saved his career as he was going through financial difficulties.

Fitch signed a four-fight contract with World Series of Fighting on March 7, 2013,  and made his debut on June 14, 2013, at WSOF 3 but he got knocked down by a punch resulting to a chole submission. In his title fight for the WSOF Welterweight Championship against Rousimar Palhares, which he lost by kneebar in the first round. Later, he failed pre-fight drug testing resulting in nine-month suspension.

Fitch grabbed his first WSOF welterweight Championship on October 17, 2015, after defeating Yushin Okami in the main event by unanimous decision. He then defended his title against Joao Xeferino on April 1, 2016.  Fitch defended his title for the second time defeating  Brian Foster through submission on June 30, 2017, at professional Fighters League 1.

Fitch is one among three fighters who filed a class-action lawsuit against Zuffa, LLC, the parent company of the UFC for competitive practices that hindered fighters and their mixed martial arts career. Fitch even called the penalty foolish and ridiculous when Nick Diaz was suspended for five years by the Nevada Athletic Commission.

Even, with his controversial statements and few needless suspensions regarding doping and  using legalized drugs like marijuana, Fitch has managed to keep himself on top of his game

Jon Parker Fitch was in a longterm relationship with his then-girlfriend Michele Cao and both got engaged the day after UFC 100. He threw the bachelor party at the Tabu Ultra Lounge at the MGM Grand Hotel/Casino on August 13, 2010, in Las Vegas, Nevada.

On September 4, 2010,  they finally got married and are living happily together. The couple has two sons, They had their first child, a son named Mason in February 2012.