Johnathan Jauquez Abram a.k.a. Johnathan Abram is an American football player for the Oakland Raiders of the NFL as their No. 24 Safety. He was selected by the Raiders with 27th overall pick in the round one.

Johnathan who finished his collegiate career at Mississippi State was born on October 25, 1996. A Dundee, Scotland, native he holds an American nationality and belongs to an Afro ethnic background. 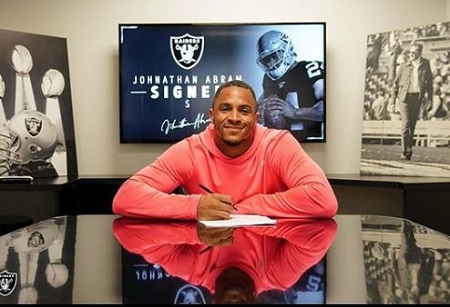 Johnathan Abram Is A Married Man

No. 24 – Oakland Raiders' Safety is married to his long-time girlfriend Bri’Anna. They met at East Marion High School, in fact they are high school sweetheart. Later, the duo moved to Georgia to pursue their career.

In early 2017, Bri Anna was pregnant with twin children ( daughter). Nevertheless, she was discovered with the TTTS. During 24 weeks of Bri Anna pregnancy, one twin lost excessive amniotic fluid, which led to a stillbirth, while their other twin daughter, Harlee, was born healthy on 2 May 2017. 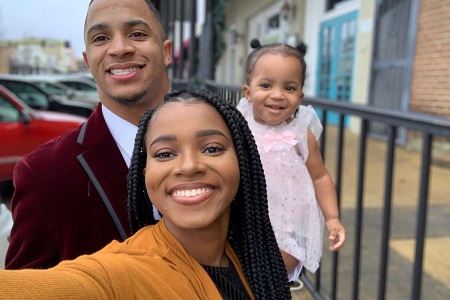 Johnathan Abram with his wife and daughter SOURCE: sfchronicle

He said, "I have made an important decision to use my performance at the 2019 NFL Combine to support TTTS Foundation, in honor of my wife Brianna, my beautiful daughter Harlee, and her twin Halle who was stillborn."

The following year, Abram and Bri’Anna tied the knot, in an intimate ceremony.

Surprises His Mom With A New Car 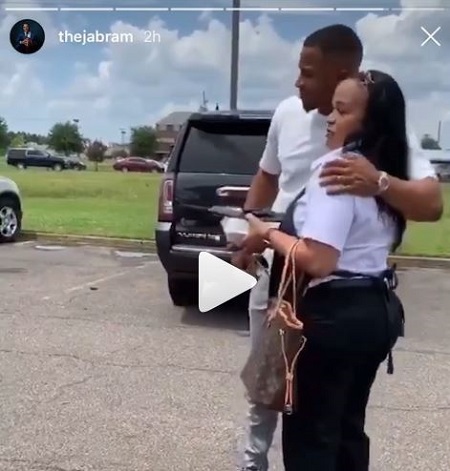 Though he talks less about his parents in the media, they share a strong bond.

In the 2019 NFL Draft, the Oakland Raiders selected Abram in the first round with 27th overall. In week 1, he made his NFL debut against the Denver Broncos where he made 5 tackles in the 24-16 victory. On September 13, 2019, he was placed on the injured reserve list.