John Terry is an English professional footballer who plays for Championship club Aston Villa. The former Chelsea  F.C. club legend and captain John Terry is one of the toughest defenders in the world of football. Longtime centreback for Chelsea F.C and England's national team has been named UEFA Club Defender of the Year in 2005, 2008 and 2009.

At the age of 11, he joined the West Ham United football academy and spent four years there. During that time Terry became one of the best defenders of the youth team and attracted the attention of the best English club academies.

In 1995 Terry was signed by Chelsea's youth academy and started his training and in 1998 he got the opportunity to become a professional footballer by signing his first professional contract with Chelsea F.C.

As John began to play in the first team his appearances were rare and his level was not good enough to be, thus he had to go on loan to Nottingham Forest. Terry made 6 starts in that temporary squad during one season.

John returned back to the club after it was bought by Roman Abramovich, the Russian businessman, at the beginning of the 2000s. Terry became one of the main candidates for the regular players in the first team in 2001-02 and the key defender for the club.

Income and Net Worth of John Terry

John George Terry has an estimated net worth of $50 million. Terry played a majority of his career as the captain of Chelsea in the Premier League. He also served as the captain of the England national football team, holding the post from August 2006 to February 2010.

Terry received the salary of $18 million in 2012 starting his professional debut for Chelsea and he is also the long-term member of the Umbro stable.

In 2014, Terry made various endorsement deals that earned him about $million and from his salary and winning he made around $12.5 million.

Being a top-level footballer with huge income, Terry loves to collect expensive cars like Rolls-Royce, Ferrari 458 Italia, and Bentley Continental GT to name a few. Terry also bought his Surrey house for $25 million and also owns a boat.

During 2004-05 season as Chelsea won the Premier Leauge title with record-breaking best defensive, most clean sheets and most points in the football league with players like Didier Drogba, Frank Lampard. In 2006-07 season saw Chelsea side were weekend without their captain and defender Terry due to his injury.

Terry made his return in Chelsea's 1–0 victory over Charlton Athletic on 3 February 2007 and received much applause from the Chelsea faithful. Despite failing to agree on terms to a new contract following 2006–07, Terry stated on several occasions that he had no intention of leaving Chelsea. In late July, he signed a new five-year contract.

Playing in the UEFA Champions League round of 16 away against Porto, he suffered another injury, this time to his ankle, and was set to miss the 2007 Leauge Cup Final against Arsenal, but managed to recover from the injury within days and played in the final.

On 13 September 2008, Terry received the first straight red card of his career against Manchester City for tackling. He occasionally scores important goals for Chelsea, such as in the Champions Leauge Group A home match against Roma. However, Chelsea went on to lose the away leg 3–1.

John is a distinguished captain, center back and paramount figure in the club that influences various aspects of Chelsea football life. Terry played in 717 games for Chelsea, netting 28 balls.

On 3 July 2017, Terry signed a one-year contract with Championship club Aston Villa on a free transfer and was appointed as the captain for the 2017-18 season.

Family and Personal Life of Terry

John Terry and his longtime girlfriend Toni Poole are the parents of twins, Georgie John and Summer Rose, born on 18 May 2006.  Terry even performed a baby-rocking celebration for his newborn by scoring for England against Hungary. 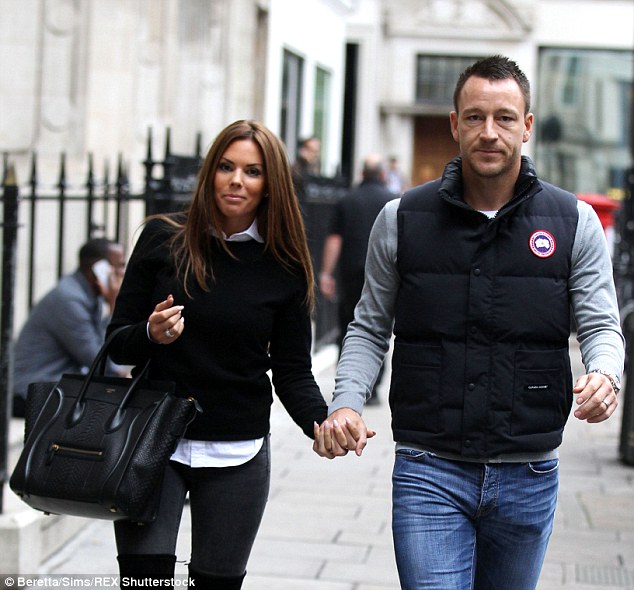 The couple then got married on 15 June 2007 at Blenheim Palace. In 2009, Terry was named Dad of the Year in a Daddies Sauce survey. Terry has even said that his children are fans of Lionel Messi.

In January 2010,  High Court Judge prevented the media from reporting allegations that Terry had had a four-month affair in late 2009 with Vanessa Perroncel, the former girlfriend of Wayne Bridge, his former Chelsea, and England teammate.  Allegations led to then-England manager Fabio Capello removing Terry from the captaincy on 5 February 2010, replacing him with Rio Ferdinand. Terry was reinstated as captain the following year.