Joseph F. Judge a.k.a. Joe Judge is an American football coach who currently serves for the New York Giants of the National Football League (NFL) as the head coach. Previously, he spent eight seasons as an assistant coach for the New England Patriots, winning three Super Bowls.

Philadelphia, Pennsylvania native, Joe Judge was born on 31st December 1981, under the star sign Capricorn. The thirty-eight years old holds an American nationality and belongs to the white ethnic background.

The New York Giants gave new head coach Joe Judge a five-year contract, deal to be the 19th head coach in franchise history. As per the source, Judge's annual salary is believed to be more than $5 million as of 2020. 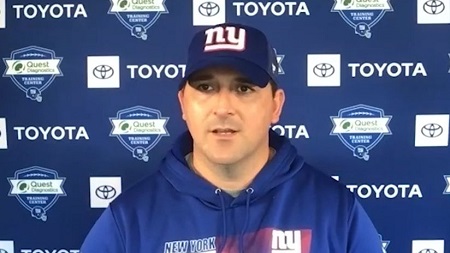 Earlier, he served 8 seasons long as an assistant coach at the New England Patriots. As reported, the NHL assistant coach, which is between $150,000 and $200,000 annually.

As of 2020, Judge's net worth is approximately $3 million. Besides, there is no financial information such as real estate properties, vehicles, and investments.

Joe Judge has made one thing clear: Football first, family second. The new Giants head coach is a married man. He tied the knot with his girlfriend, Amber Meesey, in 2005. The couple met while attending Mississippi State where Amber was an All-SEC soccer player. 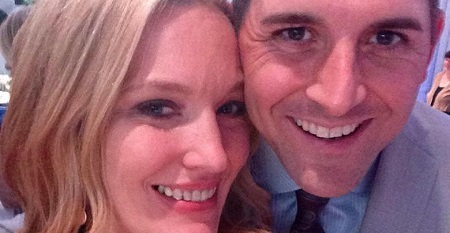 Judge was born to an American parent. His father, Joseph, played football at Temple and professionally with the Hamilton Tiger-Cats of the Canadian Football League.

For high school, he enrolled at Lansdale Catholic High School in Lansdale, Pennsylvania. Upon graduation, he attended Mississippi State University where he played for the college football team from 2000 to 2004, earning three letters. He was also named to the SEC Academic Honor Roll and made the Dean's List.

Joe Judge joined Mississippi State University as a graduate assistant in 2005. Next, he briefly served as the linebackers coach for the Birmingham–Southern Panthers in 2008. Later, he was appointed as the special teams assistant at Alabama (2009-2011), earning 2× BCS National Champion 2009 and 2011.

In 2012, Judge was named New England Patriots where he served eight years. On January 8, 2020, Judge was hired as the head coach of the New York Giants.