Joe Dooley is a known American head basketball coach. Most recently, he served as the head coach for the East Carolina University Pirates in the NCAA Division I college basketball. In 2022, he was fired by East Carolina. Also, he had a stint as head coach at Florida Gulf Coast University. In 2018, Dooley won the A-Sun Coach of the Year Award.

Joe Dooley was born Joseph Gerard Dooley III on January 29, 1966, in West Orange, New Jersey. He is the only child born to Joe Dooley Jr and Margaret Dooley. Joe holds American nationality and is of white descent. Dooley enrolled at George Washington University after graduating from High School in 1984.

Joe started working as an assistant coach with South Caroline University in 1988. He was a four-year letter winner in basketball. He was elected a team captain as a senior. After working with the team for three-season, Dooley moved to East Carolina along with Eddie Payne. In 1993, He helped the team earn a championship in the 1993 CAA Men's Basketball Tournament. 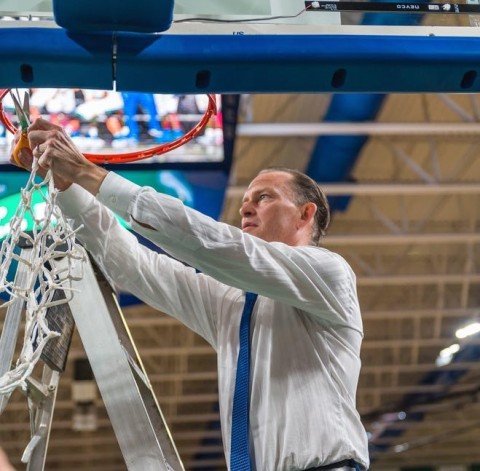 In the second season of his term, Joe took his team to the A-Sun regular-season championship title winner. Until 2018, His team won four more titles, and in his personal life, He won two A-Sun Coach of the Year award. Following the 2017–2018 season, Dooley was hired as head coach at East Carolina, where he had previously been the head coach.

Joe married his girlfriend, Tanya Dooley. He is very much private about his personal and family life. The head coach is yet to utter a single word about his family. Unlike other head coaches, Dooley does not show a presence on social media. As per sources, Tanya and Joe are the proud parents of a son named Max.

The family of three is living a happy married life. It's been more than two decades of his marriage, and have been no rumors of the couple having ups and downs in their married life.

Joe Dooley has an estimated net worth of more than $2 Million. Dooley has been working as the head coach for almost a decade. The head coach signed a five-year contract worth a base salary of $400,000 per year. His contract includes incentives like $50,000 if ECU wins the AAC regular-season title, A national championship appearance earns Dooley a bonus of $50,000, and a national championship victory gets him $100,000.