Jo-Wilfried Tsonga is a professional French tennis player.  As of 12th June 2017, he is ranked the world no. 259 as of 19 November 2018 in the ATP ranking. In February 2012, he got his best ranking of world no. 5 in his whole career. Tsonga has won 16 career singles titles and 4 career doubles titles so far.

Gingins, Switzerland native, Jo-Wilfried Tsonga was born on 17 April 1985, under the star sign Aries. By nationality, Tsonga is French.

Jo-Wilfried Tsonga is married to his longtime girlfriend Noura El Shwekh who is from Switzerland. This couple is dating each other since 2014 and got married in July 2018 after 4 years of dating. The ceremony was held in Château de Bagnols, France, near Villefranche-sur-Saône. 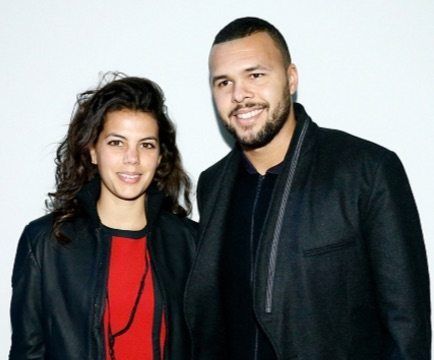 Tsonga appeared in a dapper blue suit while his wife Noura was in the white gown. 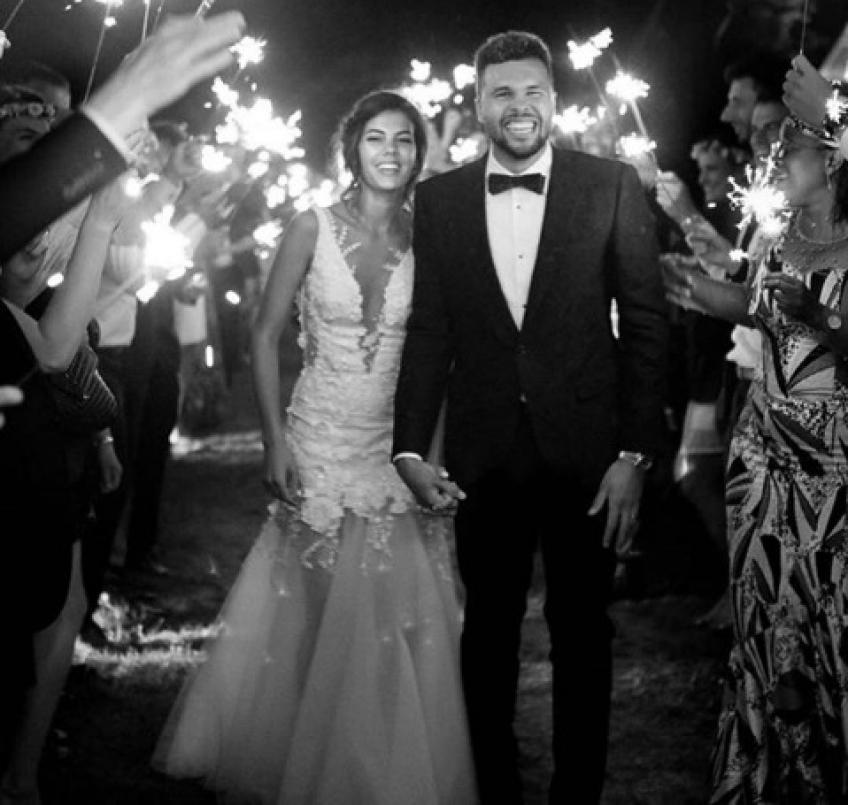 David Goffin, Lucas Pouille and Pierre-Hugues Herbert were among the people who attended their wedding.

Moreover, the couple welcomed their child named Shugar before their marriage in March 2017.  They are currently living together and are quite happy. Besides these, there are no records of his other relationships.

Furthermore, there are no rumors about their divorce. Hope these couples keep loving each other in the same way like now. 32 years old Tsonga has a perfect height of 1.88 m. His nationality is French and his zodiac sign is Aries.

Jo-Wilfried Tsonga Net worth In 2020

One of the famous and talented tennis player Tsonga has maintained a good net worth from his tennis career. According to the recent data, his current net worth is $10 million. He has earned about $22,095,805 in the prize money throughout his career.

Besides, Tsonga earns millions from her endorsement deals with various brands. Some of the major signings are Adidas, Babolat, Kinder, Rolex and Hyatt, through which she receives a hefty amount every year.

In 2015, he had a deal with Capri-Sun to promote the children's juice drink brand until the end of 2016. As per the deal, the company would use his photo on the cartoons of the product. 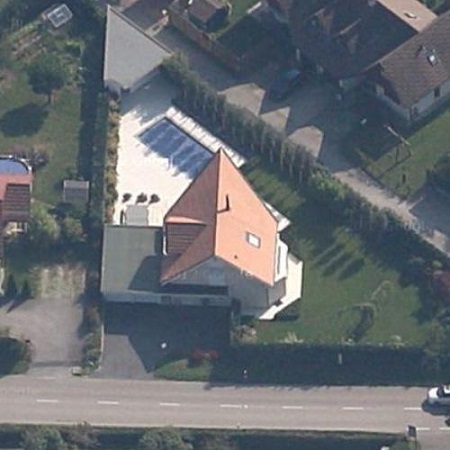 Jo-Wilfried Tsonga has a house in Gingins, Switzerland worth around a million. He also owns a luxurious Mercedes-Benz car. The price of the car is $34,475.

Jo-Wilfried Tsonga was born to Congolese father, Didier Tsonga. Later his father moved to France to play handball. And his mother Évelyne, an educator is originally from France. His father later started working as a chemistry teacher.

Tsonga spent his childhood along with his sibling brother Enzo and sister Sasha. His brother is a basketball player.

During his junior career, Tsonga reached a ranking of No. 2 in the world. He was able to win the US Open title in 2003. Moreover, he reached the semifinals of Grand Slam four times but he failed to win even a single title. At the starting of  2007, he participated in the 2007 Australian Open. It was his second senior Grand Slam tournament and met Andy Roddick. But he lost the tournament. However, he won four Challenger titles in Tallahassee, Mexico City, Lanzarote, and Surbiton in the same year.

Moreover, he also won his first double title along with his partner Grosjean at the 2007 Grand Prix de Tennis de Lyon tournament.

Tsonga won the single 2008 Next Generation Adelaide International in 2008. At his Australian Open, he was able to reach the finals. It was his first Grand Slam final but he eventually got defeated with the world no. 3 Novak Djokovic. Following year, he also won his first master's title and was ranked in the world no, 10. In 2009  he won his first ATP 500 Series title at PTT Thailand Open.

Following year he participated in most of the single tournaments, but he failed to win titles. Moreover, he also participated in doubles. In his double tournaments, he won Shanghai Masters along with his partner Julien Benneteau held in China. In 2010 he didn't win titles but he was able to reach semifinals of Australian Open. Furthermore, he also reached the finals of the Davis Cup but just remained as a runner-up. The Same result continued in 2011. However, he was able to reach the semi-finals of Wimbledon.

Tsonga also became the runner-up of World Tour as well as Paris Masters. For the second time, he reached the semi-finals of Wimbledon in 2012. Following year he won a silver medal for the first time in 2012 London Olympics along with Michaël Llodra. He also participated in a single Olympics but his journey ended at quarterfinals after losing to Novak Djokovic.

Tsonga reached the semifinals of the 2013 French Open after defeating Roger Federer. However, he was able to win his tenth ATP title. At the starting of 2014, he won the Hopman Cup. Besides this, he also grabbed the Rogers Cup trophy. Coming to 2015, he reached the French Open semi-final for the second time as well as he remained the runner-up of Shanghai Masters.

At the starting of 2016, he participated in the Auckland tournament. He didn't win even a single title but he reached the quarterfinals of Wimbledon and US Open. However, in 2017 he won three ATP World Tour titles. Moreover, he also won his first title on clay.

Tsong remained out of action for most of the 2018 season due to injury. He is currently competing at the Brisbane International. He beat Thanasi Kokkinakis in the round of 32 and on January 3, he faced Taro Daniel. He defeated Daniel with the score (7-6, 6-3) and made a place in the Round of 16 where he was scheduled to face the former world no. 1 Rafael Nadal. The match was canceled after Nadal pulled out from the tournament due to injury.