Jimmy Walker is a professional golfer from America playing on the PGA Tour. He has been playing in the PGA since 2001, making four PGA wins and three Web.com tours. Jimmy has spent more than a decade and a half in the PGA. He has won Nationwide Tour leading money winner and Nationwide Player of the year in 2004.

Walker was the 73rd best player in the official world golf ranking in 2019, scoring an average of 1.920. Jimmy had also played in Nationwide Tours before PGA Tours.

How Much Is Jimmy Walker's Net Worth In 2022? Know His Salary

The 43 years aged, JimmyWalker, who ranked 48th in the world, has won five PGA Tour events in his 15-year career. He has earned over $27,801,904 on the PGA Tour through prize money. In 2019, Jimmy had an estimated net worth of $16 million, including all of his properties. The maximum of his net worth is built through his professional golf career. 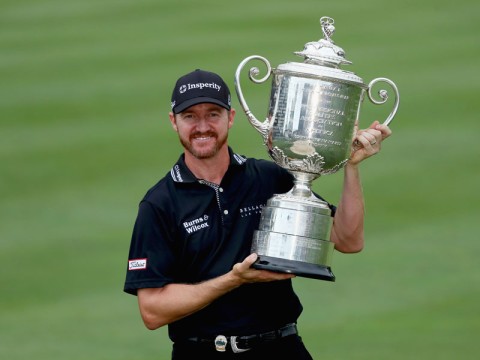 Jimmy has a growing fan base. His well-wishers, admirers, and fans always support him and wish him the best. He can be followed on his Twitter account. His biography, career statistics, and more information on him can be found on different internet sites, including Wikipedia, pga.com, golf.com, etc.

Six feet two inches tall, Jimmy Walker, has an American nationality and belongs to the white ethnicity. He is very decent and honest. Jimmy has not been involved in any rumors or scandals. He is a married man. He is married to his girlfriend Erin Stiegemeier, whom he had met during the Web.com Tour, where she was a tournament volunteer. 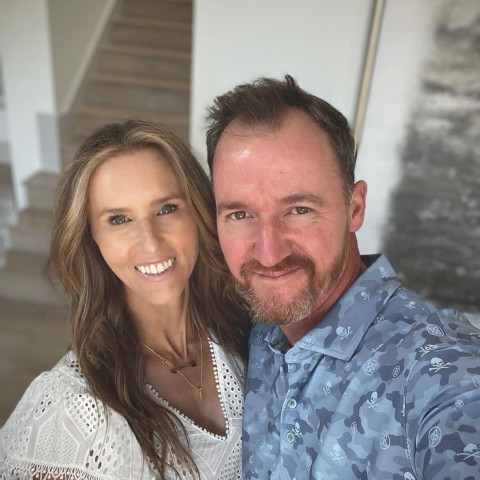 Jimmy shares a photo with his wife SOURCE: [email protected]

There is no information available on his past affairs and relationships before this. The two had dated for some time after meeting and then married in 2005.

He has two children with her, sons, McLain and Beckett. Jimmy loves his family very much and cares about them a lot. There are no signs of divorce in relation. He is living very happily with his wife. Outside of golf, Jimmy is an avid photographer who also loves traveling.

Jimmy Walker was born James William Walker on January 16, 1979, in Oklahoma City, Oklahoma, the United States. He was raised in Oklahoma, and thus he completed his studies there. He had learned golf from his father, who was a scratch golfer.

Since childhood, he became an enthusiast for golf and started loving the game. He grew exponentially loving golf from there. After completing high school, he attended Baylor University, Texas, where he played for the University Team Baylor Bears.

With learning and growing his playing skills, Jimmy became a professional golfer in 2002, when he was 22. He was associated with the Nationwide Tour, where he won the first two professional events of his career in 2004. Walker had won the BellSouth Panama Championship and the Chitimacha Louisiana Open. He then became the Nationwide Tour’s leading money winner and Player of the Year honors.

Starting with PGA Tours in 2005, he missed most of the events in 2005 due to his injury making only three cuts and finishing 17th at the MCI Heritage. Upon recovery, in the 2006 PGA Tour, he played in 21 events making the top-25 finish. With the average and progressing scores, he had his seasons going. However, the 2011 PGA Tour season has been Jimmy’s best season finishing 68th in the FedEx Cup, which made him qualify for his third FedEx Cup playoff event and his first BMW championship.

Following years he then geared up his success. In 2015, he defended his Sony Open title and moved to 13th in the Official world golf ranking. He had a net worth of $15.5 million in 2014. earned his fifth PGA Tour win and second of the season at the Valero Texas Open with a four-stroke victory over Jordan Spieth.

Jimmy won his last PGA event at the PGA Championship in 2016. He has not been able to continue his form in the later days. The player finished second in the 2018 Players Championship.