Jevon Holland is a Canadian-born American football safety for the Miami Dolphins of the National Football League. He was drafted by the Dolphins in the second round (overall pick 36) of the 2021 NFL Draft.

Holland was born in Coquitlam, British Columbia on March 3, 2000. His father, Robert was a former football player for the BC Lions of the Canadian Football League.

Holland played as a defensive back and wide receiver for Bishop O'Dowd High School in Oakland, California. As a senior, he recorded 34 tackles and five interceptions on the defensive and 35 receptions for 1012 yards and 12 touchdowns as a receiver. He was also lined up for the 2018 Polynesian Bowl. 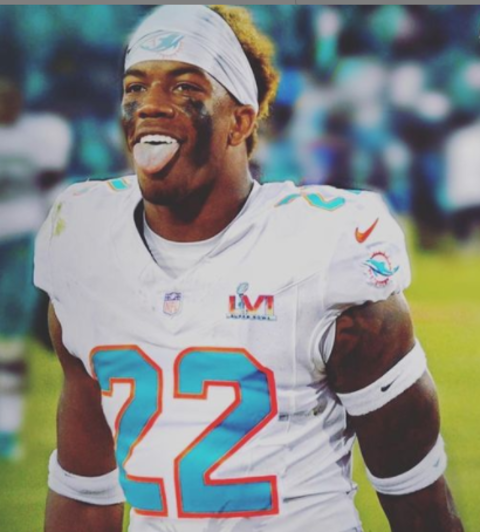 Jevon Holland was selected in the second round (36th overall) by the Miami Dolphins in the 2021 NFL Draft. SOURCE: Instagram

After moving to the University of Oregon, he started to play college football for the Oregon Ducks. As a freshman, he played in 13 games and made two starts. He made 42 tackles and a team-high five interceptions. In his sophomore year, he became a starter and played in all 14 games from the beginning. That season, he contributed four interceptions and had 66 tackles and a touchdown. San Francisco 49ers, Earl Mitchell's Net Worth, Career, Relationship

With his 2021 draft, he became the highest-drafted Canadian-born player in NFL history.

From the fact that Holland got drafted in the second round, he is likely to earn well in the near future. This can be taken from the understanding that rookies picked up in round 2 are entitled to a guaranteed signing bonus worth millions.

As per our research, Jevon will reportedly get a four-year deal roughly worth US$8.7 million with a signing bonus of about $3.7 million. He will earn around $2 million on average as his salary. 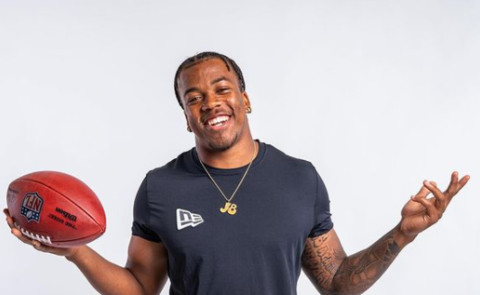 If Holland makes the Miami Dolphins roster, he could be receiving a yearly salary of $1million+ for the next 4 years - an analysis stemming from the projection that his contract with the Dolphins is set in the frame of $7-$8million.

It's also worth remembering that newbies like Holland have different avenues for earning money in the NFL world. If nothing at all, he gets a rookie minimum salary ($660,000), practice squad weekly pay ($8,400), training camp/pre-season pay ($1,150), and off-season pay (235 per workout) - all likely to contribute to his fortune for the next few years he is going to play at NFL.

Holland does have a partner, who goes by an Insta name, Jayna Jordan. It, however, is unknown if he's married to Jordan or things have just started between the two. 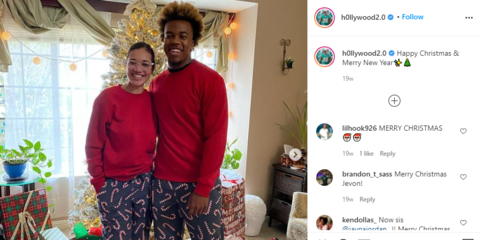 The couple seems to be together since March 2019. Jordan appears to be in a medical profession - or so tells the recent story of Holland's Instagram. It is also believed that the pair have been living together. Their relationship displays assure that things have been going pretty well for a while.