Jesse Compher is a rising American Ice Hockey player. She has been playing at the professional level for four years. Compher plays as a Forward for her team. Compher was part of the 2019 World Championships gold medal-winning team.

Jesse Compher was born on July 1, 1999, in Northbrook, Illinois. She is the daughter of Bob Compher and his wife, Valeri Compher. Jesse has a brother named Joseph Taylor Compher, an American professional ice hockey player currently playing for the Colorado Avalanche of the National Hockey League. Compher has a sister Morgan. Jesse stands five feet and eight inches tall and weighs 73 kg.

Jesse started playing ice hockey from a very early age. She played with her brother and went on to play for the Boston University Terriers. The player recorded her first two collegiate goals on November 28, 2017, in a 6–4 victory over Brown. Compher completed her freshman year with nine goals and seventeen assists while playing in thirty-seven games which earned her the sport to the Hockey East All-Rookie Team. Jesse scored seventeen goals and forty-four assists in thirty-seven games for the sophomore year. 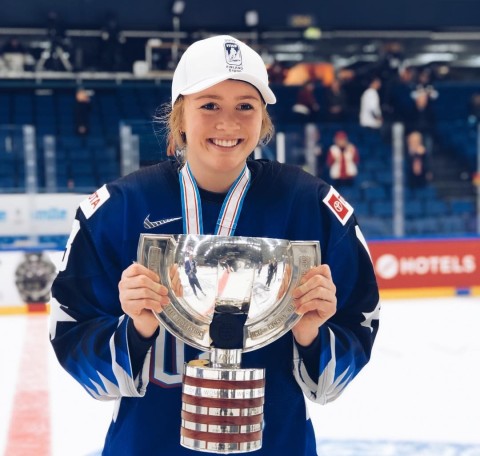 Jesse shares a photo with her NCAA title in Instagram SOURCE: [email protected]

Compher's 44 assists were a program record, and she became just the second player in program history to surpass 60 points during a season. She was named a Hockey East First Team All-Star and a few more honors following an outstanding season. In her junior year, The player played in twenty-six games and scored thirteen goals and sixteen assists. She finished her collegiate career playing in 109 games and scoring 46 goals and 81 assists.

Jesse has represented the United States in numerous divisions. She earned her first call and her medal in 2015 for the World U18 Championships held in Canada. The team eventually won the gold medal in the final. The following year, Compher was named for the 2017 World Championship held in the Czech Republic and won her second gold medal. 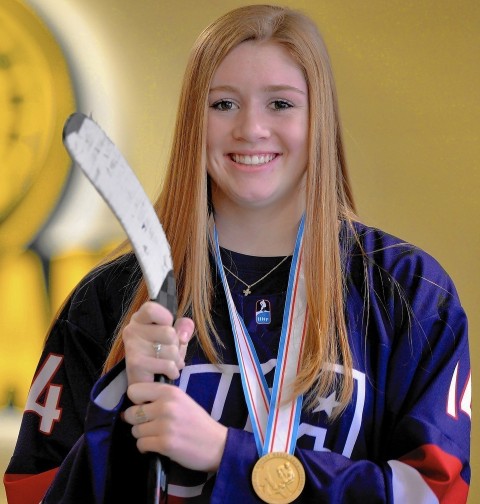 In 2019, Jesse was called for the senior team and World Championship. Her team won a gold medal in the final. In 2021, She was part of the silver medal-winning team along with Abby Roque and Alex Cavallini

Jesse is very much private about her relationship. She has not shared a word in public. The player is an active social media user and has posted numerous photos with different people. Compher could be single or dating someone and waiting for the right time to open about her relationships.

Net Worth, Salary and Earning

Jesse Compher has an estimated net worth of more than $100,000. She is going to start her professional career. Jesse must be receiving a handsome amount from the United States government. Jesse will be listing her name for the PHF in the upcoming draft. The average salary of a PHF player is more than $2.5 Million. Compher will be making millions in the future.