Jesper Lindstrom is a Danish Professional Footballer who plays as a midfielder for Bundesliga Club for Eintracht Frankfurt and Denmark national team as a Winger and Mid-fielder. He is commonly known as Jobbe, and he made his first international debut for Denmark on 11 November 2020 against Sweden.

Net Worth of Lindstrom and his Salary?

Eintracht Frankfurt midfielder Jesper Lindstrom's Net Worth is approximately $1 to $5 million. His current market value is €14.00m and his salary according to 2022 is £1,248,000 per year playing for Frankfurt as an AM LC, F C.

Jesper Lindstrom was born on 29 February 2000 in Taastrup, Denmark, and his height is 5 feet 11 inches (1.81m). As per the astrologist, his zodiac sign is Aquarius, and his weight is 63 kg. Similarly, he has no tattoos on his body, and his birth sign is Pisces. 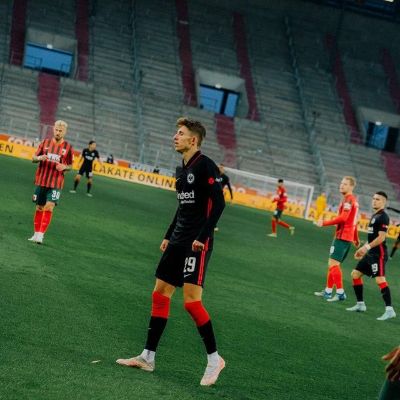 He lives with his family in Denmark, and his family information is not that public, but as to the media, his parent got divorced, and he moved in with his mother when he was only six years old.

Lindstrom is not that active on social media, but he uses Instagram. He has a good fan following on Instagram with 62k followers, and he followed 421 people. He has posted a total of 161 posts on Instagram, including his football, his vacation pictures, his love life, with his friends, etc.

As a result, he is pretty active on Instagram.

Is he in a relationship or married?

Yes, Lindstrom is in a relationship, and he is engaged. He has posted a photo with his girlfriend Sofie Storm Gregerson on Instagram, and his first post together is in 2020 July, which means they have been dating each other for more than a year. 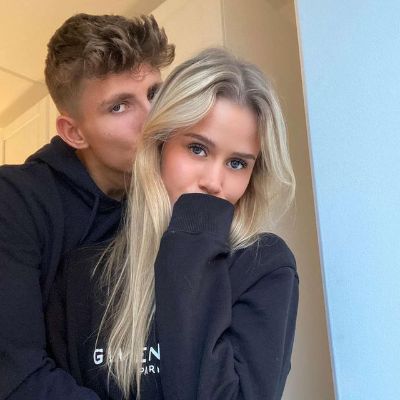 Sofie Storm Gregreson's girlfriend of Lindstrom also posted many of their pictures together. They posted a video and photos on his girlfriend's birthday on  September 13, 2021.

Lindstrom has started his career at Tastrup at age three, and he joined Brondby If at the U-13 level, which is a club his family supported. In August 2018, he signed a three-year contract with Brondby, and he made his first debut at age 18 against BK Marienlyst in Danish Cup. 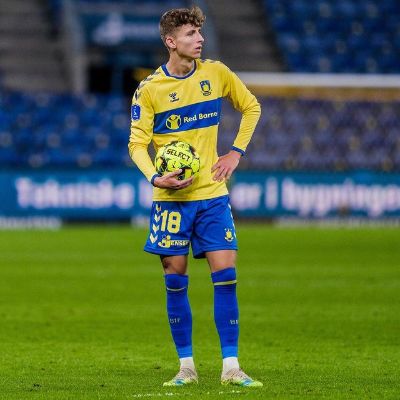 He has played for Eintracht Frankfurt since 2021, and till now, he has scored six goals for that club. He has made eight passes to the goal, and with his appearance, he has won 10 games. Similarly, he played his last match against RB Leipzig, tied 0-0 and in the starting lineup. He has shot two goals at the target of the opponent's side.