Shreveport, Louisiana native, Jerry Tillery was born on 8th October 1996, under the star sign Libra. The twenty-three years old holds an American nationality and is of Afro-American ethnic background. Regarding his body measurement, he stands 6 ft 6 in (1.98 m) tall and weighs 295 lb (134 kg).

Jerry Tillery's life has always been open book to the public. The defensive tackle shares almost every bit of his life to his fans via his IG post or story. Scrolling through his IG, one can find his post from his high school prom with his date to pictures with his female friends. 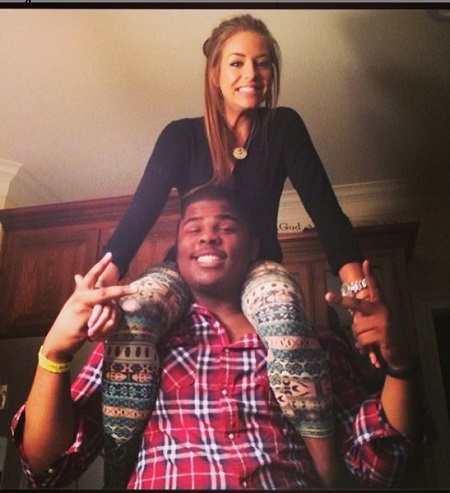 However, the main thing, his current dating life is far away from the public eyes. There is no confirmed relationship of Tillery and he is believed to be single.

Jerry's parents are both nurses, stressed education. He was raised alongside his three older sisters who all went to college and then into either nursing or teaching. His father, Jerry also played football at Northeast Louisiana, now Louisiana-Monroe.

Jerry enrolled at Evangel Christian Academy in Shreveport, Louisiana where he had 93 tackles and seven sacks as a senior. He committed to the University of Notre Dame to play college football. Originally, he was to play offensive tackle as a freshman at Notre Dame but it was later decided he would play defensive tackle.

At the 2019 NFL Draft, Los Angeles Chargers picked Jerry Tillery 28th overall in the first round. Tillery posted 17 tackles (nine solos) and two sacks in his rookie campaign. Tillery played just 360 defensive snaps due in large part to the Chargers' depth along the defensive line, but the 2019 first-round pick at times exploded off the tape, working in tandem with feared defensive ends Melvin Ingram and Joey Bosa to create havoc in the middle of the pocket. Tillery should continue to see more time at defensive tackle in the coming seasons.