Jeremy Doku is a professional football player from Belgium who plays for Ligue 1 club Rennes as a forward-wearing jersey number 11. Also, Doku represents the Belgium national team. His debut for the national team came on September 5, 2020, when he played in a game against Denmark in the UEFA Nations League. Besides, the young footballer has been playing for his current club, Rennes, since he joined them on October 5, 2020.

Further, Doku was interested in playing football from a young age. So, Doku started his football career with KVC Olympic Deurne. The 5 feet 7 inches tall footballer made his professional debut for Anderlecht when they participated in Belgian First Division A versus Sint-Truiden.

How Much Is Jeremy Doku Net Worth?

Jeremy Doku makes a good sum of money from being a professional football player. Some online sources show that his net worth is not less than a million dollars, and they have estimated it to be around $1 million. According to Transfermrkt, Doku's market value is €20.00m, but this is not his highest value as his value was €26.00m on July 15, 2021.

Before coming into his current team, Doku represented multiple teams, and with them, he had impressive deals. As per Salary sport, he earned £13,000 per week and £676,000 per year while playing for Stade Rennais FC. When he moved from Anderlecht U21 to RSC Anderlecht, Doku had a market value of €2.00m. 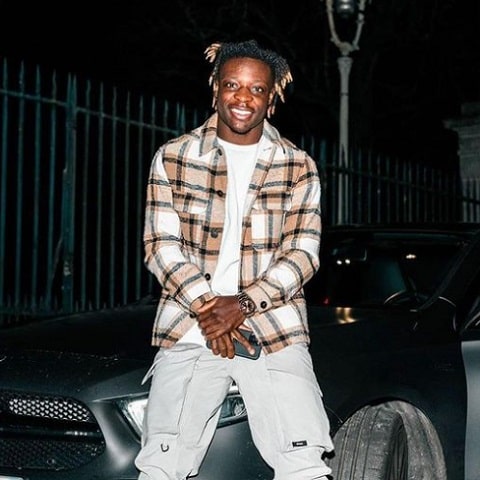 So, the professional footballer lives a luxurious life with his high income. Doku not only makes money from his profession but also from sponsorship and endorsement deals. Being a footballer, Doku has surely worked with some brands that might have paid him well. Furthermore, Doku spends money on purchasing luxurious cars.

Relationship Status: Does Doku Have A Girlfriend?

The relationship status of Doku appears to be single as there are no data of him having a girlfriend. Till now, the young player has not been involved in any rumors or controversies regarding his love affair. At the moment, Doku is highly focused on his career and is working pretty hard to make it look more marvelous.

So, apart from searching for a life partner, Doku is busy with his career. In addition to that, Doku is a person who keeps his personal life away from media prominence. As Doku is living a lowkey life, none of the media outlets are able to share details about his love affair. 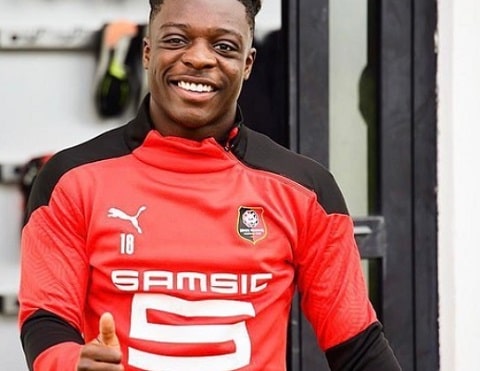 Jeremy Doku is focused on his career SOURCE: Instagram @jeremydoku

Not only that, but Doku has not made a single post about his love life on his social media handles. So, Doku may give some updates about it in the future as his well-wishers are concerned about it.

As said earlier, Doku started his football career with the team of KVC Olympic Deurne. Later, he also played for Tubantia Borgerhout. After that, Doku was with Beerschot. And in 2012, he moved to R.S.C. Anderlecht. During that time, Doku was just 12 years old. With the team of Anderlecht, Doku made his professional debut participating in Belgian First Division A against Sint-Truiden on November 25, 2018. When he made his debut, Doku was just 16 years old.

From 2018 to 2020, Doku made 34 appearances for Anderlecht and scored five goals. After that, Doku signed a deal with Rennes on October 5, 2020. Apart from his club career, Doku is also a national player who has played an important role in them winning various titles. Moreover, he represented the Belgium U17s at the 2018 UEFA European Under-17 Championship. On September 5, 2020, Doku made his debut for the Belgian national team playing against Denmark in the UEFA Nations League. And his first goal for the team came just after three days while playing in a match versus Iceland.

Besides, Doku was also a part of the Belgian national team that participated in the UEFA Euro 2020. He also played in the 2022 FIFA World Cup qualification tournament and played against Belarus, which was held on March 30, 2021.

Jeremy Doku was born on May 27, 2002, in Antwerp, Belgium, to his Ghanaian parents, David and Belinda. Doku also has three siblings, a brother, and two sisters. Meanwhile, Doku has received huge support from his family and parents as they have been with him since the beginning of his career.

Further, Doku holds Belgian nationality and has a height of 5 feet 7 inches. Apart from that, Doku has not opened up much in the media. So, due to the lack of information, the information about Doku's educational background remains unknown. 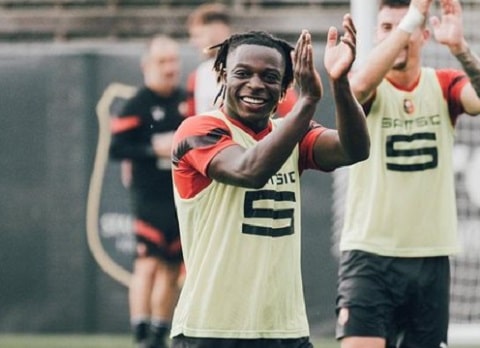 Apart from that, Doku has been using Twitter since November 2019, and his username is @JeremyDoku. On that platform, Doku has been followed by more than 28k followers.

Some Facts About Jeremy Doku