The resident of New Orleans, Louisiana, Jennifer Hale, reportedly earns around $45k, as her yearly salary from the network. As of 2018, Jennifer Hale reportedly has an estimated net worth of $500k.

The American sportscaster/anchor Jennifer Hale has an estimated net worth of $500,000. The reporter receives an annual salary of $45,000 from his successful reporting career with Fox Sports 1.

Jennifer is also interested in running, cycling, TRX and Cross Fit. She had recently launched an organization named “All Access Sideline Pass” which focuses on educating and empowering young women of the New Orleans community via outreach and seminars and also became the Women’s Health spokesperson for Thibodaux Regional Hospital in New Orleans on 2014.

She is also active in philanthropic work and has volunteered in activities of Saint organization, of Lafayette Academy Charter School and also in Miss LSU pageant whose benefit goes for Alzheimer’s research and the Speech and Hearing Impaired Foundation. 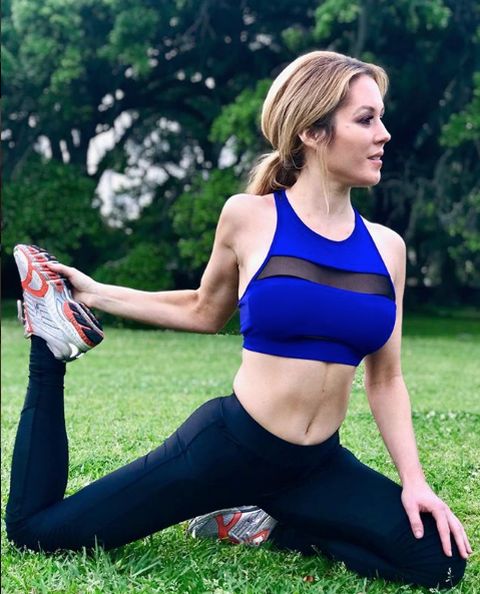 In 2016 she became sick and was diagnosed with cardiomyopathy. The doctor thought of heart transplant but after two years it was not required and she is recovering now. She currently, lives in New Orleans, Louisiana.

Jennifer Hale was born in New Orleans, Louisiana. He holds an American nationality and belongs to the White ethnic group.

Jennifer Hale after graduating from Apple Valley High School she joined the Louisiana State University and acquired her Bachelor's degree in political science. She received her master’s degree from the Medill School of Journalism at Northwestern University in Broadcast Journalism.

She started her career as a journalist and as a political and investigative reporter. She was chosen by the RIAS as a fellow to travel to Germany to study US-German relations and also about the evolution of former East German cities after the fall of communism.

After completing her task at RIAS Fellowship, she started as an anchor for a four-hour morning show for WVUE-TV which covered a wide variety of topics from sports, politics, culinary and music. She also wrote a book and published it in 2009, named ‘Historic Plantations of Alabama’s Black Belt’.