Jennifer Brady is an American professional tennis player who currently ranks No. 41 in the WTA rankings. She is a Right-handed player who has won one WTA singles title, and four singles titles, and five doubles titles on the ITF circuit. Her best record previously was reaching the fourth round of 2017 Australian Open while her career-high singles ranking is No. 40. She is a former college player at the University of California, Los Angeles, and led her team to win the 2014 Division 1 Women's Tennis National Championship in Athens, Georgia.

Brady made the headlines recently by defeating Angelique Kerber in the fourth round of the tournament. She will now face Yulia Putintseva in the quarterfinals. With the developing career, how much does she earn from tennis? What is her net worth? Has she married? Stick to the end to know in detail.

Jennifer has been playing tennis professionally since 2014. Her career record is 213–151 and has won 1 WTA title so far with the best ranking reported to be no. 40. She has so far earned $2,418,649 from his professional WTA career so far while earnings from doubles is $45,995.

Jennifer Brady's net worth earned from different sources is estimated to be about $1 million in 2020. 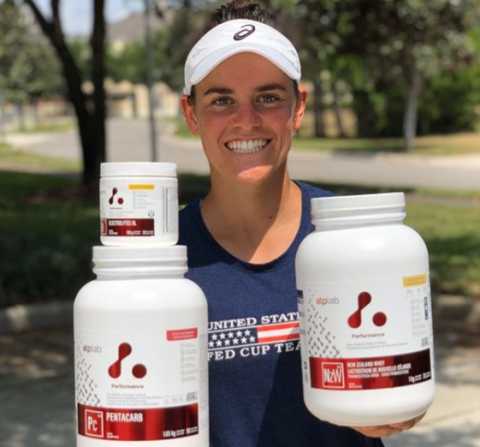 The former college tennis player will reportedly earn a good amount in prize money from the ongoing US Open Championship where she has reached the quarter-final defeating Angelique Kerber. The total prize money for the tournament is $39,024,000. She also makes money from her endorsement deals. She endorses Tequila Avion and might be getting some benefits from the company.

Jennifer Brady was born on April 12, 1995, in Harrisburg, Pennsylvania, US. She is 25 years old as of 2020. Her mother is Elizabeth Brady while her father's name is Patrick Brady. She also has a twin sister, Jessica.

Brady started playing tennis at age 7. She was also a college tennis player for the University of California, Los Angeles, and led the team to win the  NCAA Division 1 Women’s Tennis National Championship in 2014. Her Tennis idols growing up were Justine Henin and Lleyton Hewitt.

The rising tennis player is reported to be unmarried and single. She doesn't have a boyfriend or partner. She is currently focused on her career and training hard to be a better player at tennis. However, Jen could be dating her boyfriend secretly as she hasn't revealed anything about her personal life.