Jeetan Patel is a well-known former New Zealand international cricket player. He started his professional career in 2005 and announced his retirement in 2017. Patel played as a right-handed batsman and a right-arm off-break bowler. The player was named the most valuable player by England's Professional Cricketers' Association.

Jeetan Patel was born Jeetan Shashi Patel on May 7, 1980, in Wellington, New Zealand. He did not come from a repeated family and has not shared much about his parents and early life. Jeetan was born of Indian descent and had roots in Navsari, Gujarat. Talking about his physical appearance, Patel stands five feet and five inches tall and weighs 70 kg.

Jeetan started playing cricket along with Wellington's youth team. He played with the team on numerous levels. Patel played for the New Zealand Cricket Academy in a one-day match against England A in 1999. The player earned his fame after playing for the Buckingham Town Cricket club in 2004. Patel became the first player to take 50 league wickets during his spell at the Bourton Road club. 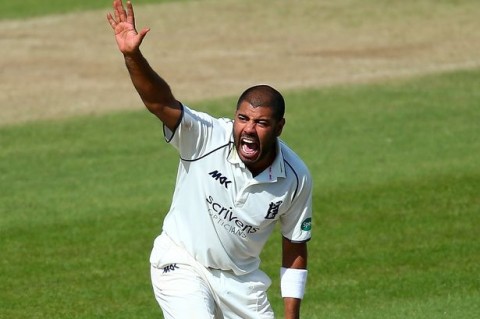 In August 2005, Jeetan was called for the national team and made his ODI debut against Zimbabwe. The same year, He was named for the T20I games and played against South Africa. The following year, Patel made his Test debut. The player played in twenty-four test games and forty-three ODI games. Jeetan spent most of his time playing First Class and List A cricket with over 500 matches.

The player played his last test in March 2017. Jeetan still plays for the Wellington Firebirds in First-Class cricket in his home country. He announced his retirement from international cricket in June 2017.

Patel is a married man living a happy married life and his wife and children. Jeetan exchanged his wedding vows with Kate Patel. The duo had been dating each other for several years before their marriage. In early 2015, The pair welcomed their first child, daughter Niya. 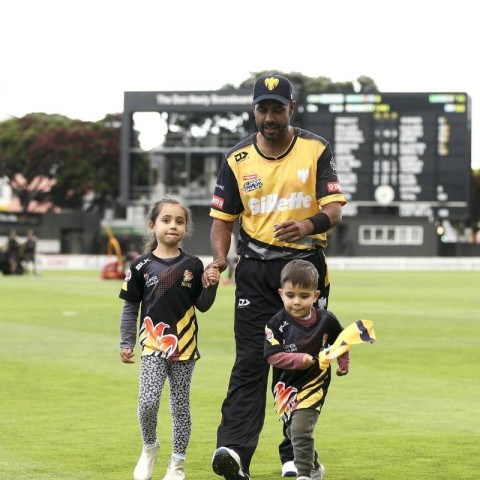 Jeetan along with his two children SOURCE: Getty Images

The family of three extended to four with the birth of a son, Ari. Jeetan does not show much presence on social media and has successfully kept his personal life away from the spotlight. He rarely takes his children to watch his games. He spends his time with his family and games.

Jeetan Patel has an estimated net worth of more than $1 Million. The player has earned most of his net worth throughout his cricketing career. Jeetan also worked as England's spin coach for some time. The average salary of a player currently playing for Warwick is more than £41.5k  in the 2022 season.

A cricket player makes a handsome amount from their sponsorship and advertising deals. Patel must have received a reasonable sum from the New Zealand government. Patel will be adding millions in the future.