Jayde Yuk Fun Riviere is a Canadian soccer player who currently plays for Michigan Wolverines and also the Canadian national team. She has represented Canada in the U15, U17, and U20. She enrolled at the Bill Crothers Secondary High School and for her collegiate year, she attended the University of Michigan.

Riviera was born on 22 January 2001 under the star sign Aquarius. She was born in Markham, Ontario, Canada. She was born to parents Tony Riviere and Emily Lui. Apart from soccer she also plays volleyball, flag football, and track and field in high school.

Jayde Riviere Net Worth in 2020: How much is her salary?

The 19-years-old is at the starting phase of her career and hasn't accumulated any net worth from her career. She is yet to be drafted by any professional team and currently only plays for her college team at the University of Michigan. 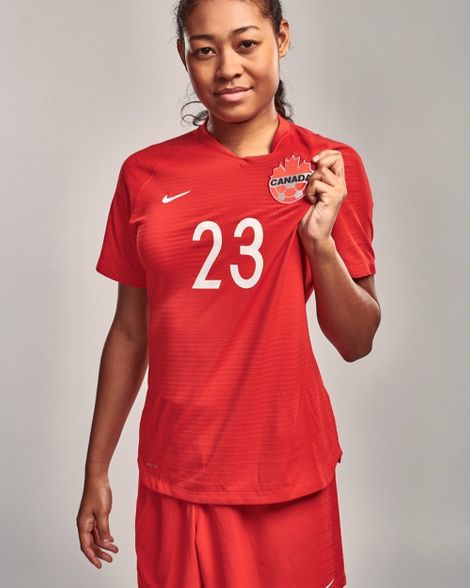 Even though, she hasn't earned any fortune of her own but is enjoying her scholarship from her University which is around $55000 according to the reports from CNBC. As a newcomer in the soccer world, she is improving in order to gain recognition and prove herself worthy.

Jayde Riviere Relationship Status: who is she dating?

The talented Riviere hasn't disclosed any information regarding her boyfriend. She is currently single and focused on her career. She has been constantly improving in order to take her team to victory. 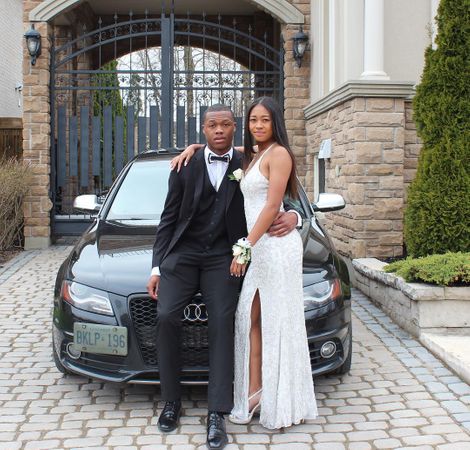 However, her Instagram post reveals somebody who might be her potential boyfriend. She has been seen with Kevon Grant who attended their High School Prom together. She hasn't revealed further information regarding the case. She is not much active on her social media accounts such as Instagram and Twitter.

Her prom partner Kevon is also a soccer player who plays as a goalkeeper.

The forward for the Michigan Wolverines started her career at the tender age of four at the West Rouge SC. She played for the Markham Soccer Club from 2014-16.

In 2016, She won a silver medal at the CONCACAF Under-15 Championships. She made her international debut on 12 November 2017 against the United States. She joined the White Caps from 2017-18 and also played at the 2019 FIFA Women's World Cup. She has been named the Big Ten All-Freshman Team in 2019.