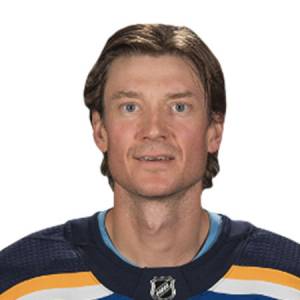 Accumulated a Net Worth Over $50 million

Jay Bouwmeester has earned $73,454,045 from his entire NHL career. One of the highest-paid players of the Blues is Vladimir Tarasenko having estimated career earnings of above $35 million.

Let's have a look at his estimated career earnings which is tabulated below:

Kept aside Jay Daniel Bouwmeester's financial earnings, his personal assets include home and cars. Besides, Bouwmeester earns a good amount of money from various sponsorships.

Jay Bouwmeester is a married man. He got married to his girlfriend turned wife, Devon Cunningham in 2011 in a lavish wedding ceremony in front of family and friends. 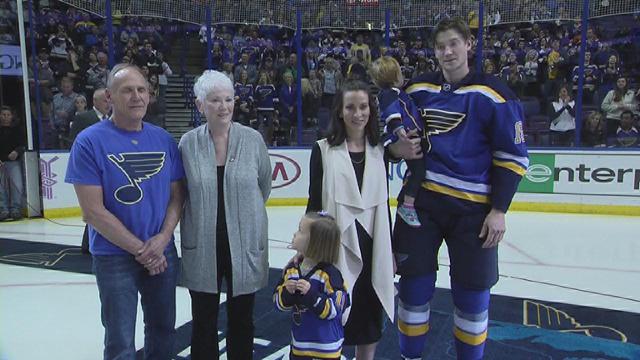 Additionally, he is a family guy who admires them alot. During the time of his injury, he had to be isolated and get away from the rink which we believe is the hardest part of a professional player's life. It was his wife and children who help him to recover until he returns back to the action.

The NHL Defender, Jay Daniel Bouwmeester is 6 feet 4 inches tall in height and weighs around 98 kilograms.

Jay Daniel Bouwmeester was born on September 27, 1983, in Edmonton, Alberta, Canada to parents Dan Bouwmeester and Gena Bouwmeester. As per his nationality, he is Canadian and belongs to the White ethnic group. He grew up along with his older sister Jill.

After completing high school, Jay Daniel Bouwmeester enrolled at the University of Alberta and played for the Golden Bears hockey team.

Jay started his professional NHL career with the Florida Panthers after he was drafted in the 2002 NHL Entry Draft in the 3rd overall pick behind Rick Nash and Kari Lehtonen. After playing over seven seasons with the Panthers, he was traded to Calgary Flames in the 2009-10 season. 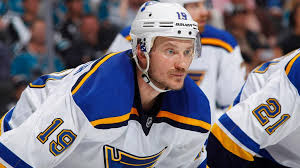 later on, in the 2012-13 season, he started his career with the St. Louis Blues and is playing for the Blues team since then. Currently, he is playing alongside Oskar Sundqvist who plays as a centerman for the team.