Mexican professional footballer Javier Aquino plays as a left wing for Liga MX club Tigres and the Mexico national team. He was named in Mexico's preliminary 28-man squad for the 2018 FIFA World Cup in Russia.

Aquino started playing football in Cruz Azul's lower division youth squads. He was even named in Mexico's 23-man squad for the World Cup.

Jivier Aquino was born on 11 February 1990 in San Francisco Ixhauatan in the Mexican state of Oaxaca with the birth name Javier Ignacio Aquino Carmona. He was so much fascinated by the football since he was a child.

At his early ages, he started playing in Cruz Azul's lower division youth squads. However, he first joined a team just at the age of 20.

Aquino first joined Cruz Azul with other youth players in 2010. During the Apertura 2010, Aquino debuted for Cruz Azul as a 57th-minute substitute for Alejandro Vela against Estudiantes Tecos which resulted at 0-3 win over.

However, on 24 Oct 2010, Aquino first scored his professional goal against Morelia in a 1-1 draw match, in the Primera Division.  He played for the club till 2012 and successfully appeared 90 times, scoring seven goals.

Aquino transferred to Villarreal CF of Spain on 28 January 2013. Wherever, he made his first debut in the club by coming as a substitute for Moi Gomez against Hercules CF which resulted at a 1-1 draw.

On 19 August 2013, Javier made his first debut in La Liga by entering as a substitute in the second half of the match. However, he cooperated towards the final 3-2 victory for Villarreal. 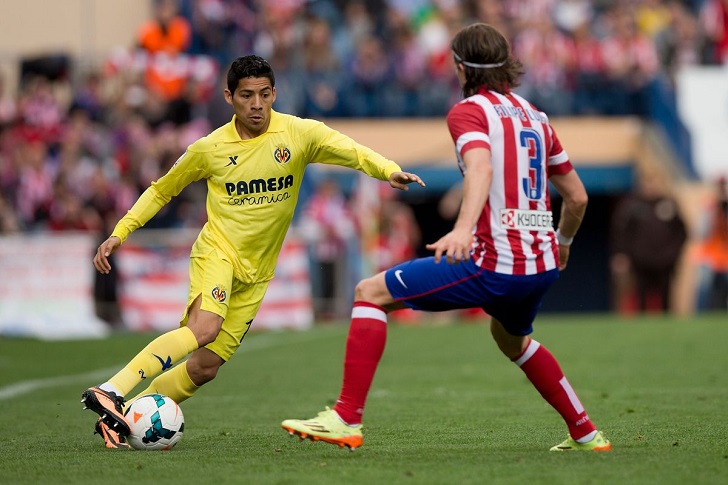 Furthermore, Aquino was loaned out for the 2014-15 season to Rayo Vallecano on 25 August 2014. He made his league debut against Atletico Madrid and played the 90 minutes of the match, ended with a 0-0 draw.

After the fantastic performance with Rayo Vallecano in the Spanish 2014-15 season, he joined Mexican team Tigres UANL.  He played the 2015 Copa Libertadores finals against River Plate with Tigres. After, they lost by 3-0 in Argentina.

Furthermore, in December 2015, Tigres successfully won the Mexico Apertura 2015 in the finals against Pumas UNAM. Aquino also played as a key role for the club in both Apertura 2016 and 2017 against the teams America and Monterrey respectively.

Aquino has also performed in a lot of matches in the international stage as well. He was first called up to play in the 2011 Pan America Games where he played in all six games and even won the Gold Medal match against Argentina. On 5 July 2012, Javier first scored his international goal in a friendly match against Club Leon in a 1-1 draw.

After that, Aquino got to trains with the U-23 team in preparations for the 2012 Summer Olympics, winning a gold medal in the final against Brazil. Before, on 4 July 2011, he made his official debut with the Mexico national football team against Chile in 2011 Copa America. Furthermore, he made his debut in the senior squad against Serbia on 11 Nov 2011 in the 86th minute for Andres Guardado. 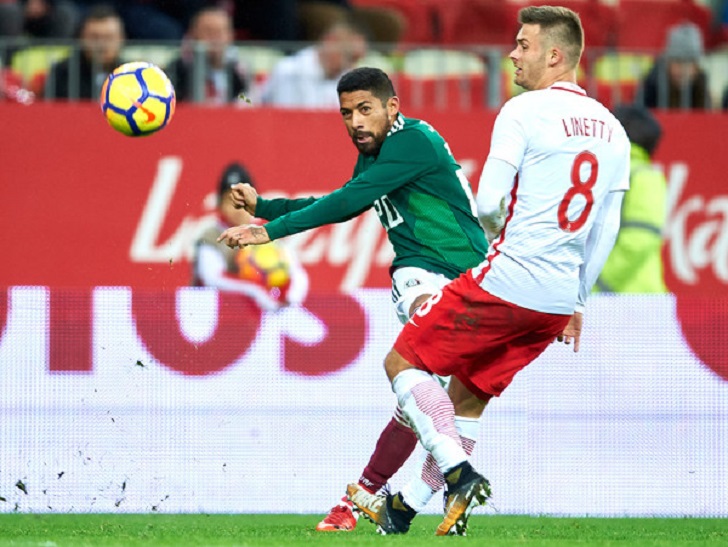 Next, he appeared in a friendly game against Venezuela on 25 January 2012.  Moreover, Aquino was also called up to round out 23 players at the 2014 World Cup after Luis Montes suffered from a leg injury. Then, he named in the 2017 FIFA Confederations Cup against New Zealand.

Javier Aquino is a professional footballer which allows him an enormous amount of money as a salary. He has maintained his net worth as per his standard of living. He has a net worth of millions of dollars.

According to the reports of April 10, 2018, it is considered that his market value is around 5,00 million EUR which is also known as his highest market value. 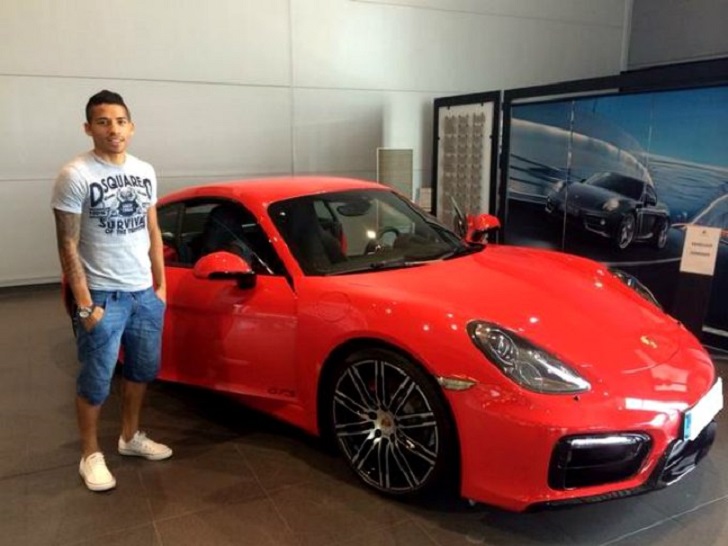 He has also bought a car called Porsche CAymanGTS, which has a cost of $79,160. However, he has also posted a picture on Twitter in which he is standing with the car.

28-years old Aquino can stand up in the height of 5 feet 4 inches considered to be 1.65m. He got birth with the sign Aquarius. He belongs to a white ethnic group and holds Mexican nationality.

He has also a girlfriend Zoe Robb whom he started dating in high school but now he is dating Lluvia Carrillo. The couple spends a good time together. They are also captured in many places while visiting together. Aquino is very active in the social media sites such as Twitter and Instagram where he keeps posting the pictures.