Jason Caffey is a retired basketball player who played in the National Basketball Association(NBA) in the position of power forward. He is also the former coach of the Mobile Bay Hurricanes of the American Basketball Association. During his career, he played for Milwaukee Bucks, Golden State Warriors, and Chicago Bulls.

Jason spent his precious eight years in the NBA and has made a net worth of more than $20 million. He was divorced with his wife Bebe recently. Some interesting facts about his personal life, career earnings, and professional life are described in detail below.

How much Jason Caffey earned So far? His Net Worth in 2019

Apart from this, his last salary from the NBA team was around $4,148,148 in the 2004-05 season. He was one of the highest earners of his time in NBA. Since he is divorced with his wife and he gave her an $800,000 mansion located in Roswell as divorce alimony.

In addition to this, he has invested around $2.5 million in several businesses, and he is supposed to own some properties worth more than $5 million. Moreover, he is also paying a decent sum of around $100,000 as child support.

Jason Caffey is a retired player and is currently divorced with his wife Bebe, but the reason for their divorce is still not revealed. Caffey hasn't shared any details about his children, but as per the sources, he is currently fathering to eight children from seven different mothers as childcare support.

Jason and his wife Bebe got married decades ago, so it is hard to extract detailed information about their wedding and love life before they were married. They seemed to have enjoyed their marital life for a long time, and eventually, they got divorced after 2010. 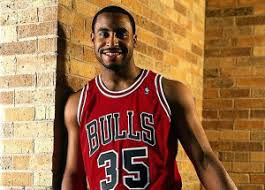 Caffey was a renowned name in basketball in later 2000, and he is maintaining the same by working in social services. There are o facts revealed suggesting the current relationship status of the retired player and some says that he might be single nowadays.

Who is Jason Caffey? His Bio, Parents, Childhood, and Early Life

Jason Caffey was born as Jason Andre Caffey to American parents on June 12, 1973, in Mobile, Alabama. He holds American nationality and belongs to the mixed ethnic group. Jason's parents raised him in a friendly environment and always helped him to make basketball his career.

He attended the Davidson Hich School for his high school career. After that, he enrolled at the Alabama University where he played for the University team.

Jason Caffey is a retired basketball player who played in the National Basketball Association(NBA) in the position of power forward. He was also the former coach of the Mobile Bay Hurricanes of the American Basketball Association. During his career, he played for Milwaukee Bucks, Golden State Warriors, and Chicago Bulls.

Caffey was drafted in 1995 NBA Draft by Bulls, and after playing with them for some seasons, he was traded to Golden State Warriors. In addition to this, his coaching career started in 2010 with the Mobile Bay Hurricanes where he served as head coach.

Some of the popular NBA players of recent time are Bradley Beal, Kyrie Irving, Jimmy Butler, and Jayson Tatum.