Jarrett Ryan Stidham simply known as Jarret Stidham is an American football quarterback currently representing the New England Patriots of the National Football League (NFL), wearing the jersey no.4. The hunk was picked by the team with 133rd pick in round four of the 2019 NFL Draft.

Hails from Corbin, Kentucky, Jarrett Stidham was born on 8th August 1996, under the star sign Leo. As per nationality, the twenty-three years is an American and belongs to the white ethnic background. Concerning his physique, he stands 6 ft 3 in (1.91 m) and weighs around 215 lb (98 kg).

How Much Is Jarrett Stidham Net Worth? Know His Contract With New England Patriots 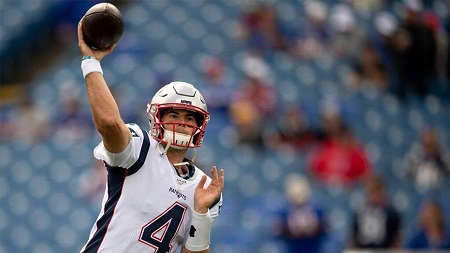 As of 2020, his net worth is estimated at $1 million. For sure, he has a luxurious lifestyle but has kept it low key.

College Sweethearts: Jarrett Stidham and his girlfriend, Kennedy Brown said their "I dos" on 29th June 2019. Their wedding ceremony was attended by 300 guests. Later two days, they were loafing on the beach at Baker’s Bay Golf & Ocean Club for the next 10-day tropical honeymoon. 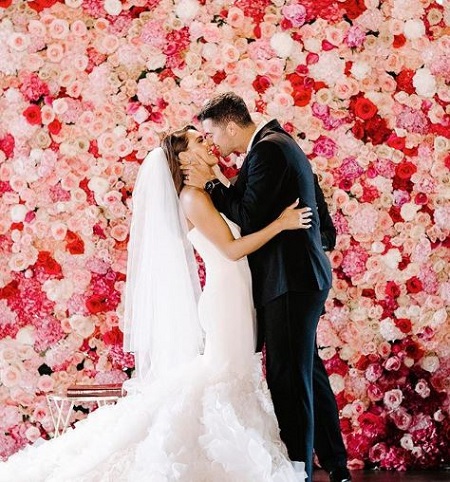 Jarrett’s NFL career as a Patriot and their next season as husband and wife.  SOURCE: Instagram @jarrett_stidham8

As the story goes, the pair met in college, at Baylor University, where Jarrett was the quarterback of the Bears football team, and she a soccer player. Eventually, their friendship blossomed into a romantic relationship. After dating for a long-time, Jarrett proposed Kennedy at his family’s house on Lake Brownwood in the summer of 2017.

Originally, he committed to play for the Texas Tech University but later changed to Baylor University. After a freshman season at Baylor, he transferred to Auburn University. Playing ay Auburn, he won First-team All-SEC (2017), SEC Newcomer of the Year (2017), SEC Western Division Champion (2017), and Music City Bowl MVP (2018).