German Football player Jamie Leweling currently plays as a midfielder for Bundesliga club 1. FC Union Berlin. As his father is from Ghana, Leweling belongs of Ghanaian descent, and in October 2020, he was called up to play for the Ghana national football team. However, the young footballer rejected the call-up for sporting and personal reasons. Born and raised in Germany, he plays for Germany's U21 national team.

The young professional midfielder initially played for another club named Greuther Furth, and since May 2022, he has been with the team of Bundesliga club 1. FC Union Berlin. Furthermore, he has played in most of the side's Bundesliga matches in 2021/2022.

Jamie Leweling was born on February 26, 2001, in Nurnberg, Germany. As of 2022, his age is 21 years. Besides, he belongs of Ghanaian descent as his parents are from Ghana. The hunk has not talked much about his family background in the media.

Due to these reasons, we cannot mention his parents' names. So, it can be said that he is very private and does not want to share his details with the tabloids. Concerning his physical appearance, Leweling is a tall guy, and at the time of this writing, he stands at an amazing height of 6 feet (1.84 m).

Leweling was interested in pursuing a career in football from a young age. So, he is gradually getting more success. Talking about his early career, he firstly played for Greuther Furth. His debut for the Greuther Furth team came on July 28, 2019, in the 2. Bundesliga. For your information, it was his first professional match.

Talking about the match, he came as a substitute in the 85th minute for Tobias Mohr in the home match versus Erzgebirge Aue. However, the Furth team lost the game by 0-2. Additionally, Leweling's name got more into media prominence on May 17, 2022, when it was announced that he would come to Bundesliga side 1. FC Union Berlin for the 2022/23 season. 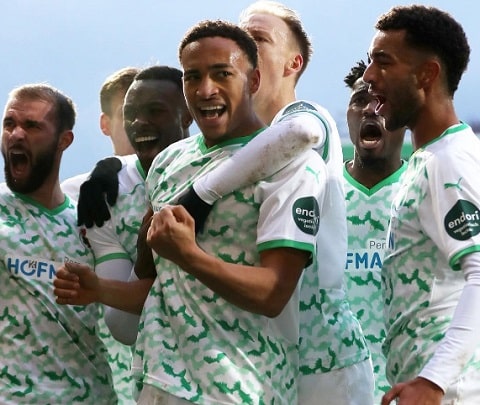 In the 2021/2022 season, he made 33 appearances overall and played 1,958 minutes. Leweling began in 22 of these appearances across their 34 fixtures and joined as a substitute on 11 occasions. Likewise, he also played for the Greuther Furth in the match against Augsburg. In the 2021/2022 season, Leweling notched five Bundesliga goals becoming the side's second-top league scorer, and recorded one assist.

In his Bundesliga career overall, the experienced midfielder has appeared 33 times in the competition, with five goals and just one assist. Undoubtedly, he is one of the most skilled players on his team and has helped them win several matches.

As mentioned earlier, his parents are from Ghana. Due to this reason, he was called up to represent the Ghana national football team in October 2020. However, the midfielder rejected the call-up due to some reasons. According to a source, Leweling told his trusted agent and parents that he's reluctant to travel to his dad's birth nation as he remains unsure about switching commitment to Ghana.

So, it can be said that the young midfielder wants to continue his advancement with the German team. Meanwhile, he is considered one of the best future youngsters in German football. Other well-known German footballers are Matthias Ginter, Sandro Wagner, and Marco Reus.

Income Source: How Much Is Leweling's Net Worth?

The major source of Leweling's income comes from being a professional football player. For your information, the average pay for a football player ranges from $25,000 to $300,000. And some of them also earn around $60,000. And a source claims that a football player makes approximately €39,059 a year and €19 an hour in Germany.

So, Leweling might earn in the same range for being an experienced midfielder. As he is young, Leweling is still working hard to get more success. So, his earnings will surely increase in the future if he plays for various clubs and represent the national team too. Besides that, Leweling may earn some profit from endorsement and sponsorship deals. As per his IG bio, he is currently associated with Puma. So, the brand might pay him a decent sum of money. Not to mention, a person working with Puma makes a massive amount of money, and there is also a record that some players have made millions of dollars from collaborating with Puma. Leweling often shares pictures on Instagram wearing clothes and other kits manufactured by Puma.

Furthermore, Leweling lives a quality life, and he often flaunts his life via his Instagram handle, where we can follow him under the username @jamieleweling.

Relationship Status: Is Leweling Single or Dating Someone?

Exploring his recent social media posts, we can say that, Leweling is single and does not have a girlfriend. Meanwhile, Leweling is entirely focused on his career at the moment, and he is also at the peak of his career. On the other hand, the young midfielder is just 21 years old and maybe young to get involved in romantic affairs.

Apart from that, Leweling is also a private person, and he mainly prefers keeping his details away from the limelight as he does not wants to get involved in unwanted controversies. From his Ig account, Leweling has shared various posts regarding his professional life, but he has not made a single post on his personal life. 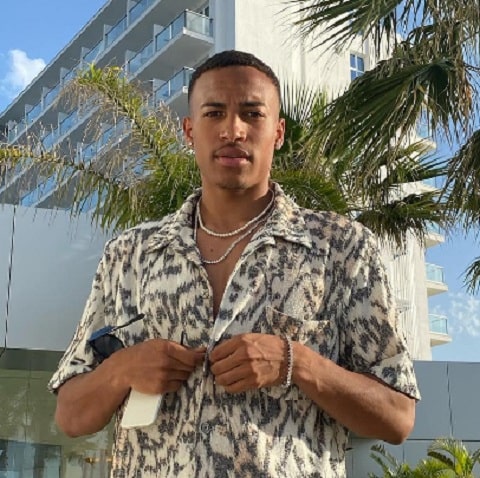 From this, it becomes clear that Leweling is highly aware of his privacy. If he gets someone in the future, he will surely update it via his social media handles, as his fans have been curious about his love life for a long time.