James Palmer is an American sports reporter who works for NFL Media since 2015. Earlier, he was a beat reporter covering the Houston Texans for Comcast SportsNet Houston. He won an Emmy Award for his coverage and multiple nominations during his three years in Houston.

The Philadelphia native James Palmer is an American by nationality and is of white ethnic background. Currently, he resides in Denver, Colorado.

It's been five years since James Palmer has joined the NFL network. Reportedly, a reporter at the NFL network makes an annual average salary of $100,000. Hence, Palmer is believed to have the salary in the same figure. Besides, he has previously served at various stations before, where he had summoned a decent amount. 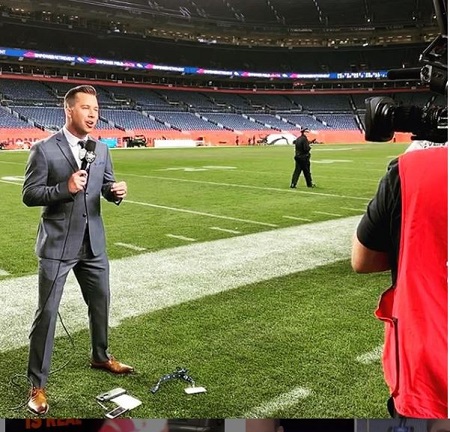 As of 2020, James Palmer's net worth is approximately $0.7 million. More, Palmer is yet to disclose information regarding his real estate properties and cars.

James Palmer is a married man. He tied the knot with his girlfriend, Meghan, with whom he shares a son, Nixon. He often features his family pictures on his official Instagram account. Scrolling through his IG post, it is seen how much he adores his wifey and son. 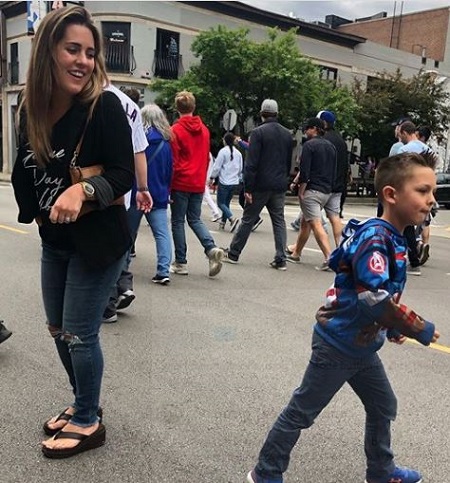 On the other hand, Palmer's wife, Meghan, prefers her live low key. On her IG bio, she has mentioned herself as a full-time student and artist.

The only thing that is known about his early life is James was born and raised in Philadelphia. Besides, there is no information regarding his parents, siblings, and childhood.

After his high school graduation, James enrolled at Ohio State University, where he earned a B.A. in Communications and a B.S. in Education.

Palmer's career started at the Mountain West Sports Network in Denver. There he covered the Air Force Academy, Colorado State, and Wyoming athletics as a reporter. Then he joined SEC in Atlanta, where he covered Comcast Sports Southeast, filing reports from across the region and hosting nightly studio shows. During his time in Atlanta, Palmer also covered the Falcons, the Masters, UFC title fights, the NCAA Men's Basketball Tournament, and Olympic training.

Later, he joined Houston Texans for Comcast SportsNet Houston as a beat reporter. In March 2015, he was hired by the NFL Media.