James Koh is a four-time Emmy winner NFL analyst and host for DIRECTV, a play-by-play voice for EA Sports, and a writer for both Yahoo! Sports and the New York Daily News. He has also won the Associated Press Reporter of the Year honor and the Golden Mike Award.

Koh was born in 1980 and immigrated to the US with his parents, Doo Young and Hyung Bun Koh. He was seven months old at the time. His nesters first settled in Houston, Texas, and later relocated to Bar, California, when James turned 10. His brother Albert gave him the nickname  "Score Whore" in part to his incessant need to check the game scores.

Koh graduated from the University of California, Berkeley, in 2002, after which he settled in the Bay Area and worked in insurance and high-tech sales. While at the college, he majored in legal studies. 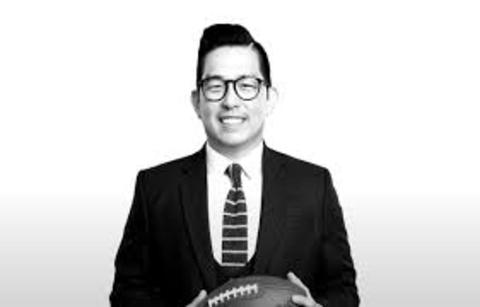 By 2003, he started hunting for radio broadcasting jobs while holding down his sales responsibilities. He got the duties of getting coffee and making copies for sports talk radio host Larry Krueger who later helped him work on a radio demo tape. Koh later sent this tape to hundreds of stations for a job. He got a call from a radio station, KPQX, in Havre, Montana. In KPQX, he worked as a news reporter, a high school basketball play-by-play man, and a deejay to country music.

After eight months in Montana, he moved to KIBS in Bishop, California, where he once again served as country music DJ and narrator for high school football and basketball games. He then decided to study broadcast journalism at USC in the hopes of breaking into television.

Koh started in 2008 at local news station KBAK in Bakersfield, California, as a journalist and fill-in anchor. That year, he earned his Master's in broadcast journalism and his first TV job at KBAK in Bakersfield. Before that, he was the station's weekend photographer.

Two years later, he took the same duties at KSWB in San Diego, until Fox 11 signed him in March 2012. In March 2013, Fox 11 news director, Kingsley Smith made him the host of Cage Talk. There, he interviewed the likes of Mike Tyson and UFC lightweight champion Anthony Pettis.

He joined Fox Broadcasting Company's West Coast flagship station in 2014. He was in his early 30s at the time. Many believed Koh's rise to wider audiences was pretty uncommon. As of recent, he has run several shows on networks like DIRECTV, Sports on Prime, and a show called Tackling Dummies that comes out every Wednesday.

James Koh's Net worth and Earnings

Koh admitted that he made great money while working in insurance and tech right after graduation. With Character Media, he revealed his annual salary while working for the KPQX was $20,000. Despite a career spanning over ten years, James Koh's net worth remains too few people.

Considering his long affiliation with the heavy industry like Fox, it can be safe to assume the Asian American anchor has had deals worth six figures throughout his reporting career. To put it into perspective, FOX's correspondents have been known to make big bucks since the beginning of the reporting era.

Character Media confirmed in 2013 that Koh had a wife named Sharon. She used to discover the multitude of fantasy football and baseball teams that James managed. The sportscaster recollected how embarrassing and 'too much' was his set of fantasy teams to Sharon when she first met him. That, however, was the last time Koh mentioned her, and since hasn't surfaced on any news outlets.

The Korean-born sports reporter is also the father of two children, a son, born October 19, 2019, and a daughter, born December 2013. Though, it has not been confirmed if Sharon's the biological mother of Koh's children. 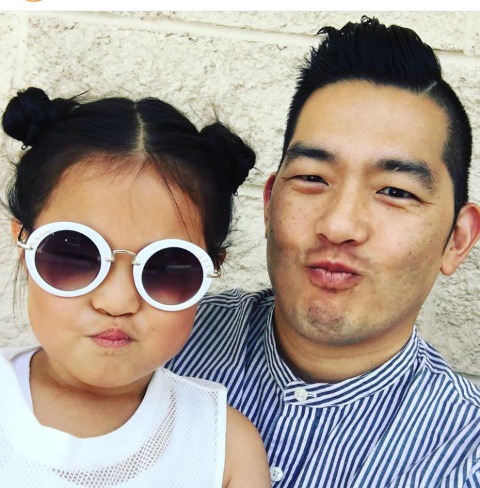 While growing up, Koh was particularly into following pro wrestling and was a fan of "Stone Cold" Austin. James admits to being the victim of racial epithets during his news coverage career.