Jamal Harris Bhuyan, aka Jamal Bhuyan, is a Danish-born Bangladeshi professional footballer who plays as a midfielder for Bangladesh Premier League club Saif Fc and Bangladesh national team. Bhuyan is also the captain of the club and his nation. Under his captaincy, Bangladesh has won numerous international games.

On 10 April 1990, the Bangladeshi football star Jamal Bhuyan was born in Copenhagen, Denmark. Presently, he is 31 years old, and he is a vital player for the Bangladesh national team. Saif Sc midfielder stands tall at 5 ft 8 inches and wears a jersey number 6.

Copenhagen-born Bangladeshi descent was born and raised in the suburb of Brondby Nord. His parents migrated to Kenya from India in the late 60s. Bhuyan has had a keen interest in football since childhood, so at the age of 15, he began playing for the Danish club Brondy as a youth player. Other details about his parent are not revealed yet.

The Bangladesh international is fluent in English and Danish, so sometimes he also does commentary.  He was also the commentator for the match between SD Eibar and FC Barcelona, a significant achievement for any south Asian player or country.

At 15, the Bangladeshi midfielder kicked off his football journey from Brondby IF. As a senior player, he began his career in 2009 playing for Hellerup IK, signing a 3-year contract, but he didn't get a chance to play much and ended up playing just one game. So Copenhagen-born footballer decided to return to his home country and joined Sheikh Jamal in the Bangladesh premier league.

Everything started taking uphill there, and he won 3 titles. After expiring his 2-year contract with Jamal Sheik Russel, he appeared in 2 matches, adding one goal to his name. At the start of the 2017 season, Saif Sc planned to bring him into their club. Bhuyan signed a 2-year contract with the club. He made 45 games, adding four goals to his tally as a Saif FC player. In 2019, he was loaned to Chittagong Abahani and likewise, in 2020, he was again loaned to Kolkota Mohammedan. Danish-born Bangladeshi soccer player Bhuyan has represented his nation in many south Asian Games and other international tournaments.

He is the most respected player in Bangladesh and has contributed to the growth and development of the Bangladesh national team. Under Bhuyan's captaincy, Bangladesh has won numerous international games. His national teammates includes Tariq Kazi and Sumon Reza.

Jamal Harris Bhuyan, known as Jamal Bhuyan, is not yet married but seems to be in a relationship with a girl; he has posted pictures but is still unsure. He hasn't mentioned anything about her on his social media account. However, they went on vacation together. 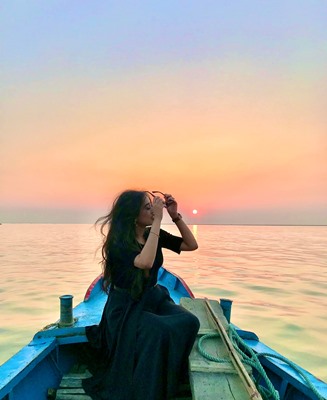 Bhuyan posted a photo of her with a love emoji          SOURCE: Facebook

Being a private personality, he has kept his love life confidential, due to which anything about his dating status is unknown to the public.

How much money does he make from football?

2016 South Asian games Bronze medalist, Bhuyan's annual earnings from Kolkata Mohammedan is $7000 per month, which sums to $84000 per year. He has also played in European clubs well in the past, so as per sources, he has an approximate net of around $500k to $1M. 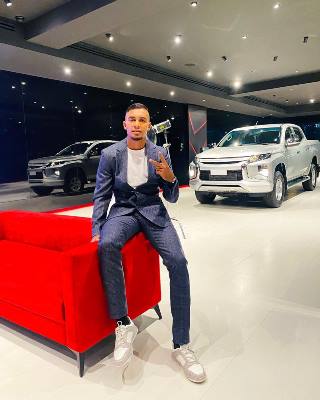 Apart from football, he earns from brands, modeling, and endorsement deals. Bhuyan is also a brand ambassador for a top car brand in his country, boosting his net worth.