Jalel Kadri is a Tunisian football coach who serves as the head coach of the Tunisian national football team. Since January 30, 2022, Kadri has been serving on the national team of Tunisia. Before that, he worked at different teams and has also gained broad coaching experience.

Since 2001, Kadri has been serving as a coach. In 2022, the Tunisian team won the title of the Kirin Cup, and Kadri was the coach of the team. Apart from being a coach, he is reported to be a loving husband who is married to his wife.

Everything On His Coaching Career

Moving into his professional career, Kadri began coaching in 2001 and served there until 2002. He received a chance to be a part of many teams, including EGS Gafsa, El Makarem de Mahdia, AS Kasserine, and AS Gabes. For the 2006-7 season, he coached Jendouba Sport and moved to Tunisia U20 for the following season. 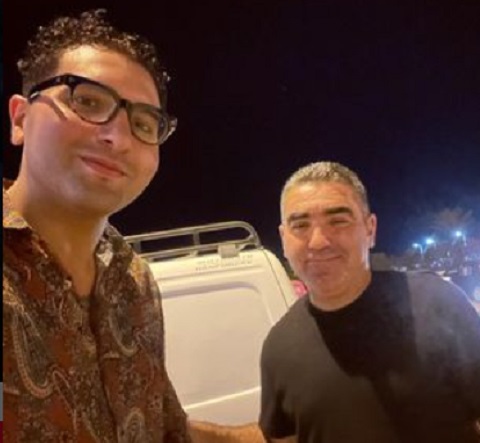 Likewise, Kadri worked at JS Kairouan, CA Bizertin, Emirates Club, Stade Tunisien, Al Ahli Tripoli, and Al-Adalah. Since January 2022, he has been the head coach of the Tunisian national football team. Besides, Montassar Talbi and Ali Abdi are also footballers playing for the Tunisian national team.

According to some online sources, Kadri is married to his wife, and Verge Wiki reports that his wife's name is Ines Mhrisi Kadri. However, there are not many details about his married life as the football coach has always kept the information far from the media prominence.

Some of the pictures available on the internet also show that he and his wife have kids. As Kadri is a private guy, we are unable to mention their names too. The same report by Verge wiki shows that he and his partner are blessed with three children.

Being a professional football coach, Kadri makes a good amount of money. Currently, he is the head coach. So, in Tunisia, a football coach earns around 3,190 TND per month. Meanwhile, he has been doing this profession for a long time.

So, it can be speculated that Kadri has preserved a considerable fortune from his tenure in multiple clubs. More to this, Kadri has an impressive net worth, and some sources claim it to be around $1 million.

However, the actual fortune remains under review as we cannot find the real data.

Jalel Kadri was born on December 14, 1971, in Tozeur, Tunisia. So, he holds Tunisian nationality. He spent most of his early days in Tozeur. As of now, the information about his family background remains a mystery as the football coach has never exposed it to the media.