Jake Moody is an American football placekicker who is a good 2022 NFL prospect. He finished his collegiate career playing for the Michigan Wolverines. He was the consensus first-team placekicker on the 2021 college football All-America team and won the 2021 Lou Groza Award.

Jake is a good prospect for the upcoming NFL draft. The average salary of an NFL player is reported $1 million. 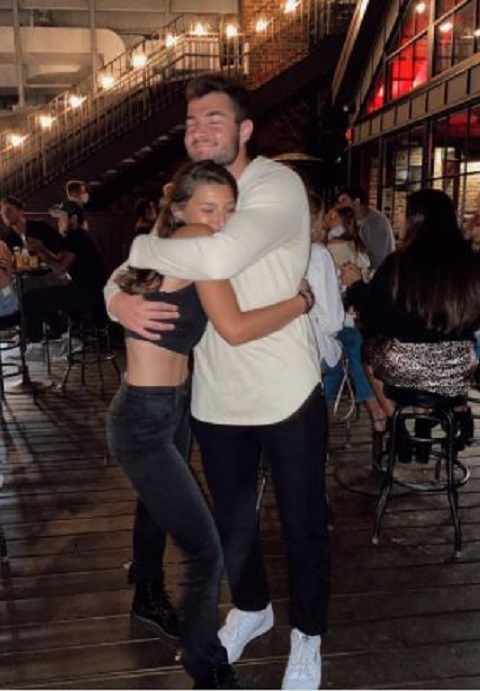 Jake Moody enrolled at Northville High School where he played both football and baseball as a third baseman.

In February 2018, Moody committed to Michigan University for a collegiate career. Initially, he signed without a scholarship but was put on scholarship in June 2018.

As a sophomore, Moody played all 13 games handling kickoffs. He earned Academic All-Big Ten honors and went 6-for-9 on field goals to earn his second varsity letter.

During his junior season, Moody connected on a 40-yard try against Penn State on 28th November 2020. That season, he played in all six games. He handled kickoffs in every game and field goal duties in two games. He netted 14 touchbacks on 29 kickoffs with a 57.3-yard average and went 1-of-4 on field-goal tries to earn his third varsity letter.

As a senior, Moody converted 22 of 24 field-goal attempts and 56 of 56 extra-point kicks. On 11th September 2021, he set a career-long 52-yard field goal against Washington. On 9th October 2021, he scored a game-winning field goal in the fourth quarter against Nebraska. That season, he won Lou Groza Award, Big Ten Kicker of the Year, Consensus All-American, First-team All-Big Ten.