Missouri native Jaelon Acklin is a well-known football wide receiver who has been playing for the Ottawa Redblacks of the Canadian Football League (CFL) for over four years. He is one of the most skilled players on his team as he has helped them to give the best results. Not to mention, Acklin played college football for Western Illinois.

As mentioned earlier, Jaelon Acklin is a wide receiver who currently plays for the Ottawa Redblacks team. He made national headlines on February 9, 2022, after it was revealed that the Redblacks signed him. The skilled player received huge support from his parents, and his father has been a major influence in his amazing football career. So, Acklin often credits them for his success and achievements.

Early Life: Details On His Parents and Siblings

Born on August 10, 1995, Jaelon Acklin is 26 years old now. The Springfield, Missouri native holds an American nationality and peaks at the height of 6 feet 2 inches. Not to mention, he weighs around 190 lb (86 kg). Furthermore, Acklin was raised by his beloved parents, Darin and Tina Acklin. 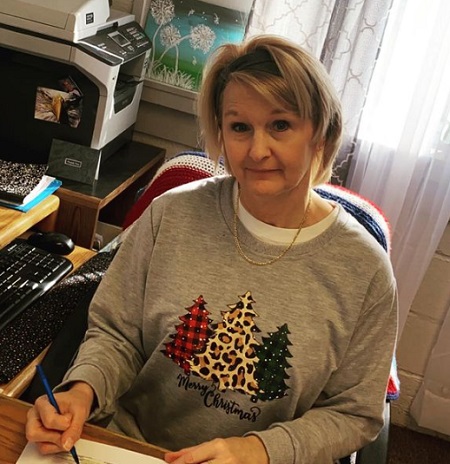 Jaelon Acklin has a good relationship with his mother SOURCE: Instagram @jaelon_acklin

As we said earlier, his parents have been a major influence, and mostly he admires his father as a coach who has helped him in his athletic career by showing him his path. For your information, his dad, Darin, played football at Carthage. Besides, his mother was also diagnosed with breast cancer and has already done surgery. He comes from an athletic family background as his uncle played football at Missouri and another relative played football at Avila.

Meanwhile, Acklin appears to be the only child of his parents as there are no details about his siblings. Moreover, Acklin shares a strong bond with his family, and he mainly prefers to stay lowkey as he does not wants to get involved in unwanted controversies regarding his personal life.

And he played college football for Western Illinois. As a freshman in 2014, he played in eight games, where he caught a 4-yard pass in his first collegiate game at Northwestern. And in his sophomore year in 2015, he played in all 13 games, started six times, finished with 12 catches for 168 yards and two touchdowns, and caught a 6-yard pass against Eastern Illinois. He played against various teams, including North Dakota State and South Dakota State. 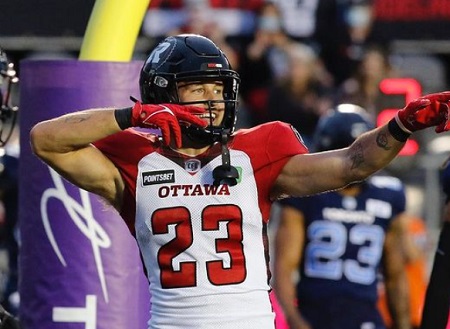 Similalry, in his junior year, Acklin played in all 11 games. Acklin caught eight passes for 192 yards and made four tackles on special teams. Furthermore, his professional career began when he was signed by the Baltimore Ravens as an undrafted free agent. Also, he participated in their 2018 training camp, but due to a hip injury near the end of camp, he was released by the Ravens.

Likewise, he went on to play for the Hamilton Tiger-Cats team and got signed with them on March 20, 2019. Acklin played in both of the Ticats' preseason games, recording ten receptions for 85 yards. Following preseason and training camp, he started the 2019 season on the team's practice roster. Following an injury to Luke Tasker, he was made a starting wide receiver and played in his first professional game on June 22, 2019, in the match against the Toronto Argonauts. In that game, Acklin had five catches for 59 yards.

And on July 4, 2019, he scored his first CFL touchdown. Acklin became a free agent upon the expiry of his agreement on February 8, 2022. Since February 9, 2022, he has been with the Ottawa Redblacks.

Earnings: Salary and Net Worth Of Acklin

It is sure that Acklin is making a good sum of money from his current team. The Redblacks team expects him to be Jeremiah Masoli's safety blanket for the next two seasons, and they've paid him consequently. In addition to a good amount of hard money, the Western Illinois product will accumulate $20,000 once he makes the active roster, $1,000 for an East all-star piece, $2,000 if he is a CFL all-star, and $3,000 if he wins Most Outstanding Player.

As of 2022, his base salary is $93,000, and hard money is reported to be $155,000 with a signing bonus of $50,000. So, with his hard work and dedication, Acklin has preserved a huge net worth which can be speculated to be around $1 million. So, having such massive earnings, Acklin surely lives a lavish life. Meanwhile, this is not just his income source, as he may earn some profit from sponsorship and endorsement deals. According to the Influencer Marketing Hub, Acklin has the potential to earn around $49.5 - $82.5 from a single sponsored post on Instagram, where he has accumulated over 3k followers as of early 2022.

Does Acklin Have A Girlfriend?

Exploring the social media posts, Acklin appears to be leading a single life as he has not made a single post about his girlfriend. Meanwhile, he is a private person who likes to keep his personal details away from the media. From this, we can say that Acklin does not want to get involved in unwanted controversies.

Apart from that, he seems to be focused entirely on his career rather than getting stuck in a romantic relationship. So, there is no information about him dating anywhere, which makes deciding his relationship status tough.

If he dates or ties the knot with anyone in the future, then we can expect that Acklin may give updates via his social media accounts as his fans are always curious to know about his love life. So, to get updated on his life, we can follow him on Instagram, where Acklin is verified as @jaelon_acklin.