De'Mornay Pierson-El is one of the most loved American football players who is currently a free agent. But he has previously represented various teams and helped them win some major titles. His playing skills have helped him earn his name and fame. For your information, Pierson-El played college football in Nebraska. Throughout his Cornhusker career at Nebraska, he was a versatile and electrifying performer.

Details On His Early Days and Family Background

The 26-years-old player was raised by his parents, whose names are missing from the internet sources. Meanwhile, his grandparents are William and Louise Carter. Due to his secretive nature, we are unknown whether he has siblings or not. 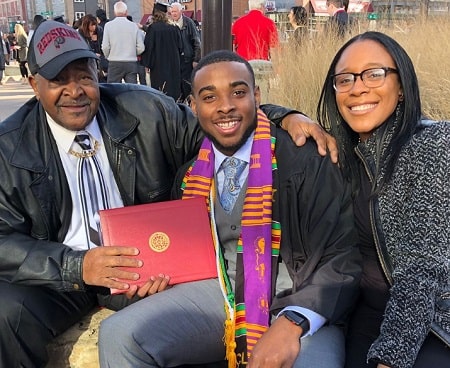 Back in 2017, Pierson-El shared some photos of his graduation ceremony, where we can see his father and mother together with other family members. From that images, we can say that he has a strong bond with his parents, and they are pretty close to each other.

He attended the West Potomac, and during his four-year career on their varsity football team, he helped the Wolverines capture a share of the 2011 Patriot District championship as a sophomore receiver. Also, he led the team to a playoff berth as a junior running back in 2012.

As a senior quarterback in 2013, he kept West Potomac competitive. Not only that, but he also played defensive back and returned kicks along the way. Moreover, he achieved first-team VHSL all-state honors as an all-purpose defensive player as a senior. The Virginia native came into the media prominence in 2014 after earning All-America honors as a punt returner as a true freshman. Pierson-El continued to be a difference-maker on special teams throughout his career while also delivering an outstanding Nebraska career as a receiver.

Furthermore, he signed a contract with the Washington Redskins as an undrafted free agent on May 2, 2018. But he was waived later that month. And later, he made an agreement with the Montreal Alouettes but was cut in August after only dressing for one match. For the 2019 season, he joined the Salt Lake Stallions of the Alliance of American Football.

After the AAF suspended football operations, he signed with the Oakland Raiders on April 8, 2019. But on August 31, 2019, he was waived. However, on December 4, 2019, he was re-signed to the practice squad. And on January 6, 2020, his practice squad contract with the team expired.

Pierson-El made headlines on the internet when he was drafted by the St. Louis BattleHawks in the 2020 XFL Draft on October 16, 2019. With them, he signed a contract on January 7, 2020. Sadly, Pierson-El had his contract terminated when the league terminated operations on April 10, 2020.

Personal Life: What Is His Doing Now?

As mentioned earlier, he is currently a free agent and appears to be enjoying his time with his family. Back in October 2020, he shared some snaps with a baby girl who seemed to be his daughter. Also, people in the comment section were wishing her a happy birthday as Pierson-El shared the images on the occasion of her birthday. 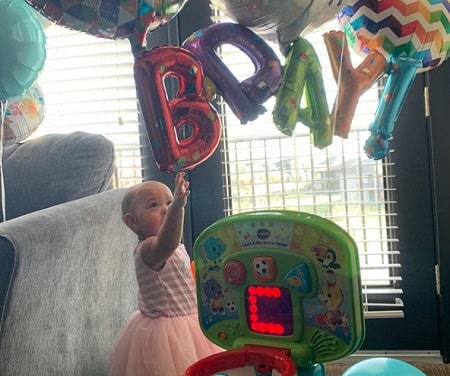 Despite that, there is no information regarding his wife or partner. Also, the details regarding his baby mama are unknown as he has not made a single post about her on Instagram or any other social media platforms. As he is a free agent, he is not playing for any team and is focused on some of his business ventures. Apart from his professional work, we can see him having private time with his family members.

Net Worth and Salary Of Pierson-El

Being an American football player, Pierson-El might be making a good sum of money. Most notably, he played for the team of Denver and his two years contract with the team was worth $1,485,000, which also included an average annual salary of $742,500, as reported by Spotrac.

In the same way, he has played for various teams that must have paid him well. So, his professional work might have helped him preserve a whopping net worth which is speculated to be around $1 million. Currently, he is not playing from any teams, and some of his income sources are from sponsorship or endorsement deals.

Once, he worked with a brand named Invisalign that must have paid him well. At the time of this writing, Pierson-El has gained over 23.6k followers on his Instagram handle. So, if he makes a single sponsored post on IG, then he has the potential to earn around $153.75 - $256.25, as reported by the Influencer Marketing Hub.

Some Honors or Awards Received By De'Mornay Pierson-El

Come Back Again On  PlayersWiki For More Interesting Bios Of Your Favorite Sportsperson.