Winston Salem, North Carolina native, Chris Paul's Wags was born on 16th February 1984, under the star sign Aquarius. As per nationality, Jada is an American who came from an Afro-American ethnic background.

Jada is married to Chris paul. The couple is the college sweetheart who dated throughout college and after meeting in 2003 at a basketball game. After being in a relationship for almost eight years, Jade and Chris exchanged vows on 10th September 2011 in Ballantyne Hotel and Lodge.

The following year, on 16th August the couple had their 2nd child, Camryn Alexis Paul while they welcomed their first one named Christopher Emmanuel Paul II on 23rd May 2009. 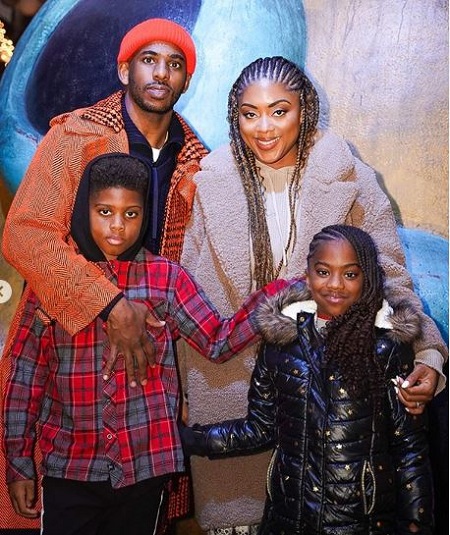 Though married to a famous athlete, Jada chose to live away from the limelight. Additionally, she is nowhere to be found on socials but often gets featured on her husband's Instagram.

By profession, Jada is an entrepreneur, so, she might have summoned a decent sum of money out of her career. But due to her private personal life, she has left us clueless regarding her financial aspects. As of 2021, her net worth is under review.

Her husband, Chris Paul, on the other hand, has a jaw-dropping net worth of $120 million and an annual salary of $41,358,814 from Phoenix Suns. Additionally, he makes $7 million per annum from his endorsement deals with Panini, Tissot, Nike, State Farm, etc.

Most recently, Chris and Jade purchased an $11.1 million newly built home in Encino, California. The real estate property features a two-story main house and a separate guest house, both made with a modern farmhouse aesthetic, and an attached five-car garage. Earlier this year, they listed Houston house for $8.3 Million which has now dropped to $6.975 million. The 18,717-square-foot home consists of nine bedrooms, 14 bathrooms, and a six-car garage.

Raised in North Carolina, Jade graduated from Mount Tabor High School. Further, she attended Wake Forest University. Besides, there is no information about her childhood, parents, and siblings. The thing that made her famous is marrying popular athletes such as Gabrielle Union, Megan Davison, and Lucia Loi.

Born on 16th February 1984, Jade is currently thirty-six years old. She stands 5' 6" (168 cm) tall, however, her weight and body measurements are under review. Jade's hair colour is light brown and has a pair of beautiful brown eyes.