Gabrielle Monique Union-Wade a.k.a. is an American actress, voice artist, author, and activist. Got her breakthrough from the 2000 movie, Bring it On, her other hit movies include The Brothers, Cardie 2 the Grave, Breaking In, Neo Ned among others. Other than that, she is also famous for marrying popular athletes. Currently, she is wifey to former NBA player, Dwyane Wade. Previously, she was married to a former NFL player, Chris Howard.

Omaha, Nebraska native, Gabrielle Union was born on 29th October 1972, under the star sign Scorpio. The forty-seven years old holds an American nationality and is of Afro-American ethnic background.

How Much Is Gabrielle Union's Net Worth?

As of 2020, Gabrielle Union has an estimated net worth of $20 million. The significant source of her income is considered her successful acting career along with her haircare company, Flawless by Gabrielle Union. On the other hand, her husband, Dwyane Wade's net worth is jaw-dropping $120 million. 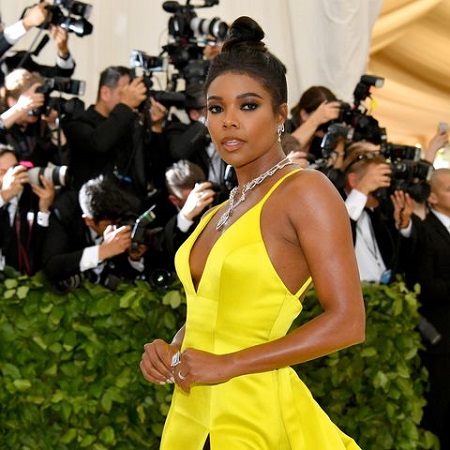 Recently, with her husband, she purchased $17.9 million mega-mansion in the guard-gated and celeb-packed Hidden Hills enclave in L.A.’s far western suburbs. It features approximately 22,000 square feet, 7 bedrooms, and 9 bathrooms.

Gabrielle Union's Husband: Is She Married?

Union and former NBA player, Dwyane Wade in 2007, while co-hosting a sponsored Super Bowl party.
At the point, Dwyane has just separated from his ex-wife Siohvaughn Funches. Before tying the knot in 2017, the couple went through infertility and infidelity to a custody battle and a shocking breakup in 2013. 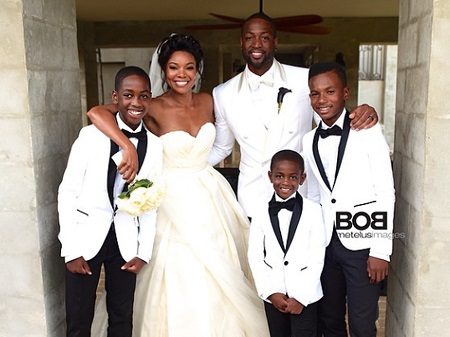 In December 2013, Wade popped a question right before Christmas. The following year, the pair exchanged the vows on August 30, in an elegant Miami ceremony. Among the other, guests Wade's two sons and his nephew were included in the wedding party. The bride wore a white strapless gown.

Previously, Union was married to NFL player Chris Howard. The couple met at a party in 1999. After dating for year, they tied the knot on May 5, 2001. However, their marital affair did not last long, they separated in October 2005 and their divorce was finalized in 2006.

Union state that when she got divorced she "sort of realized that he hadn't been making sound choices which were the best for her to pursue her hopes and dreams and aspirations and passions." Moreover, the actress explained that she may have rushed into the relationship for the wrong reasons, noting that, "in my 20s, I was all about getting the ring," in an interview in 2014.

Gabrielle Union was born to Theresa (née Glass), a phone company manager and social worker, and Sylvester E. Union, a military sergeant. Raised as a Roman Catholic, she was taught to be "an independent woman, standing on my own two feet, and that's the road I opted to take" by her parents.

In 1992, at the age of 19, Union was attacked and raped at her part-time job at a Payless shoe store by a robber. She later successfully sued Payless for negligence, alleging that the store failed to warn employees about the assailant, who had been positively identified robbing another Payless location prior to her rape.

Regarding her academic background, she holds a bachelor's degree in sociology from UCLA.