J.J Henry Aka Ronald Henry III is a well-known American professional golf player. He turned professional in 1998 and has been playing in the PGA Tour for almost two decades. Henry started his professional career playing in the Nationwide Tour and Web.com Tour. Ronald has won three PGA tour events and one Korn Ferry Tour.

Ronald Henry III was born on April 2, 1975, in Fairfield, Connecticut. He is the son of Ron Henry and his wife, Nancy. His father also played golf in his early days and caddied his father. After graduating from High School, Ronald played golf for the Texas Christian University. Henry stands six feet and three inches tall and weighs 91 kg.

J.J. Henry has an estimated net worth of more than $15 Million. He has accumulated most of his net worth through his two decades of career in PGA events. He is among the oldest active players currently playing in the PGA events along with D.A. Points. In the ongoing season of 2021, Henry has played in eight events and made $23,215. 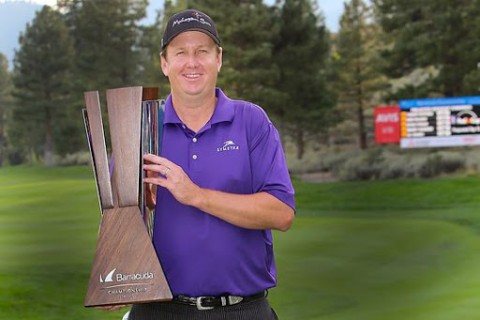 Ronald has had ups and downs in his career. Concerning his economic career, He has a sound career. Totaling his career earning from PGA events, it sums to $16,884,000. Henry has earned the most from Baracuda Championship with $1,572,755.

Ronald is married to his longtime girlfriend, Lee Henry. The duo walked down the wedding aisle in the late 2000s. They had been seeing each other for several years before their marriage. Ronald and Lee are the proud parents of two children. He is an active social media user and keeps sharing photos of them on his social media handle.

Ronald played golf in his University days and was the individual runner-up at the 1998 NCAA Division I Men's Golf Championships. Henry turned professional in 1998 and made his debut through Nationwide Tour. He had won four amateur titles before turning professional. In May 2007, Ronald won his first title at the Knoxville Open.

Ronald entered the PGA tour in 2001. He won his first PGA Tour title in 2006 at the Buick Championship up against Hunter Mahan and Ryan Moore and became the first Connecticut golfer to win the event. The following season, Henry finished the U.S Open at T26 position, The Open Championship at T27 position. Ronald won his second PGA title at the Reno-Tahoe Open. The American golf player won his last PGA title in August 2015 at the Barracuda Championship.