Rasmus Hojgaard is a professional golfer from Denmark who became the third youngest to win the AfrAsia Bank Mauritius Open in 2019. However, it is also his first European Tour event. He came in the hype when he won his first amateur Denish international championship in 2016. Likewise, he has won several Championship and trophies, including Mc Gregor Trophy, the 2015 Aon Junior Tour Drenge 1, the 2017 Hovborg Kro Open, LGC Masters, and the 2018 Toyota Junior Golf World Cup.

Rasmus Højgaard, the 2018 Toyota World Cup Championship winner, is a Billund, Denmark, native golfer born on March 12, 2001. The athlete is just 21 years old. He was just 19 years old when he turned pro in 2019. The player is Danish nationality. He was born to his beloved father, Ole Højgaard, and his mother, Tina Højgaard. Both of his parents are of Denish descent. Moreover, he also has a twin brother named Nicolai Højgaard, a professional golfer. They are guides of each other in their professional and personal life.

How Much Net Worth Does He Has?

Ramus Højgaard is one of the new names in the golf world. Before setting his football into a professional career, he came across several amateur competitions and matches, winning most of them. Per the report, his approximate net worth currently is $3 Million. 2021 is his best year, earning $4,03,056 from the competitions. 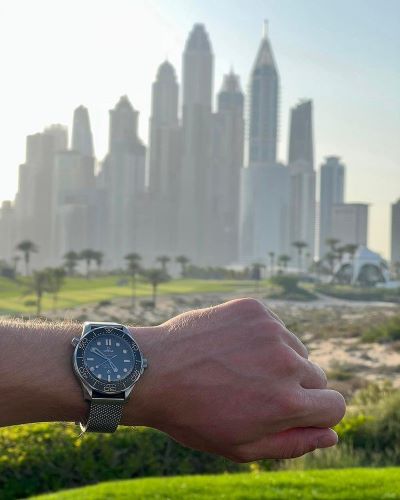 Also, he won the AfrAsia Bank Mauritius Open Championship, earning a championship pool prize of €1,58,500. Like these, he has clinched several victories in his early life from where he must have boosted his net worth handsomely. Be noted that Rasmus is just 21 years old and has already proved his talent to the world. If he persists in his gameplay like now, he will surely make millions shortly. Also, his brother Nicolai has earned fame and money from golf.

2019 AfraAisa Bank Mauritius Open Champion Rusmos Højgaard's relationship status is single. The 21-year-old golfer has not appeared with any lady or companion. Moreover, there is no evidence of his love life anywhere; therefore, we safely express that he is not dating anyone.

He is a good-looking man with several girl fans worldwide, and they are eager to know more about his dating life. We will update you on this when it's available.

Insights On his Career Stats

2018 Toyota Junior World Cup Champion Rasmus Højgaard began his professional career in 2019. During his amateur time, he played in numerous championships, including Bonnallack Trophy, the 2018 Eisenhower Trophy, etc. In 2019, the Danish played some Nordic Golf League tournaments and the rest in the challenge tour. Shortly after turning pro, he won his first career trophy after winning the AfrAsia Bank Mauritius Open. 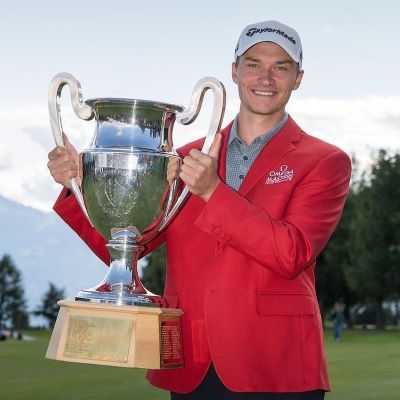 Also, he recorded himself as the third youngest winner in Mauritius Open and the second youngest player to achieve multiple wins on tour. Notbaly, the talented golfer has already made his worth in the Golf world. Today, he appeared three times, with three wins on the European tour, one on the Asian time and one on the Sunshine tour.

You may read Adam Schenk.

The talented younger golfer Rasmus is easily accessible on social media outlets. We can know his daily life happenings and golf news via his Instagram account @rasmusoejg... His Instagram handle is featured with a blue tick denoting it as his official handle.