Isiah Thomas is a well-known American former professional basketball player. The talented player worked as a coach and executive as an analyst on NBA on TNT. Isiah is regarded as one of the 50 Greatest Players in NBA History.

Isiah Thomas was born as Isiah Lord Thomas III on April 20, 1961, in Chicago, Illinois. He is among the nine children born to Isiah II and his wife, Mary Thomas. His father was an army veteran, and his mother worked at home, looking after their children. Isiah's parents separated when, He was young, and had hardship with money. Thomas graduated from Indiana University with a Bachelors's Degree in Arts in 1987.

Isiah Thomas Net Worth and Salary

Isiah Thomas has an estimated net worth of more than $100 Million. He has accumulated most of his fortune through his career in basketball as a player and a coach. Thomas signed his first contract worth $1.6 Million in 1981. Following this contract, He earned another $12 million contract with the Detroit Pistons in 1984. 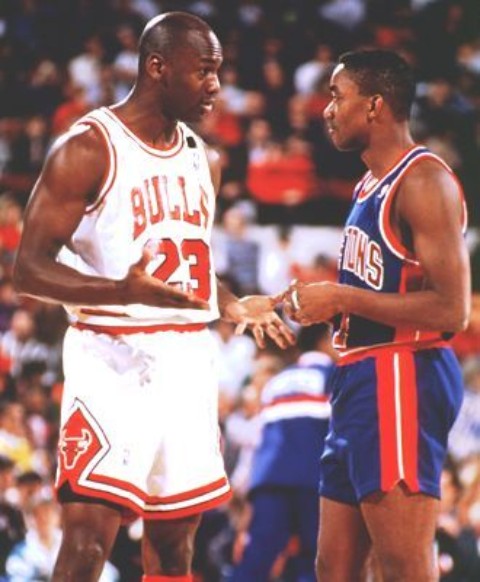 From 1999 to 2002, he served on the Board of the Governors of the Chicago Stock Exchange. In 2015 he was named President of the WNBA's New York Liberty. Thomas runs a company, Isiah International LLC. It is an investment holdings company with Thomas as Chairman and CEO. Hakeem Olajuwon is another NBA legend with a net worth of $70 Million.

Six Feet One Inch tall, Isiah Thomas started his basketball career from early life. His elder brothers mostly tutored Isiah. Initially, Due to his height, most of the coaches did not have much hope for him. Thomas was proud to prove them wrong. 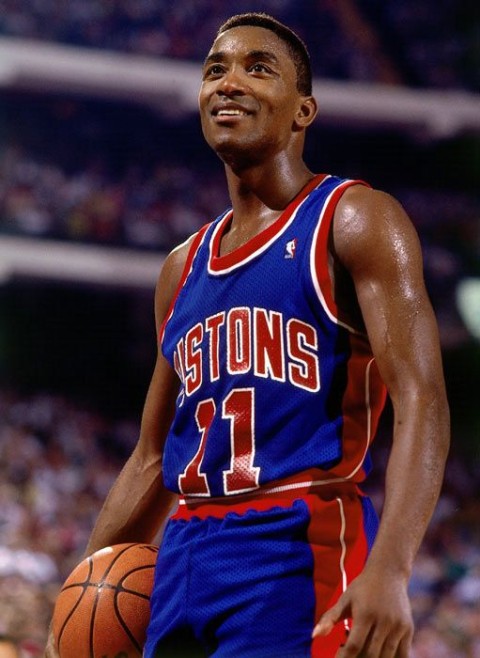 Isiah was picked by Detroit Pistons with the No. 2 picks and signed a four-year contract worth $1.6 Million. He did not get much chance in the first season but came to the limelight in his second season. Isiah was part of the 1980 Olympic team. However, Due to political reasons, the game was boycott and could not play.

Thomas never thought of changing the team. He played his entire career for Detroit Piston. Isiah is remembered for his dribbling ability, prowess driving to the basket, and often spectacular passing. He played as a point guard for most of his career. Thomas was named to the All-NBA First team three times.

The former basketball player was inducted into the Naismith Memorial Basketball Hall of Fame. After his successful career, Thomas worked as an executive with the Toronto Raptors. Shortly, He was head coach of the Indiana Pacers and an executive and head coach for the New York Knicks.

Isiah has had many ups and downs in his marriage life. He is married to his longtime girlfriend, Lynn Kendall. The love birds first met each other at their Univesity. They tied their wedding knot in 1985. Soon after their wedding, the pair welcomed their first son, Joshua, in 1988. 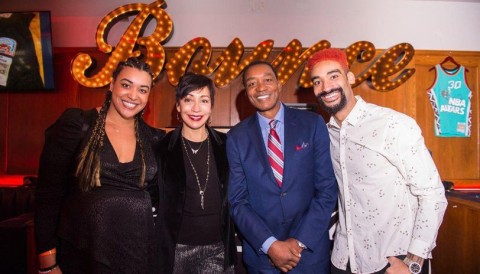 Thomas along with his wife and his children SOURCE: NBA Family

Following the birth of Joshua, In 1991, the family of three extended to four welcoming a daughter, Lauren. However, just before his marriage, Jenni Dones, a woman from Bloomfield Hills, Michigan, filed a paternity lawsuit against Thomas. They had a son, Marc Dones, born in 1986. Thomas agreed to pay for the child until he turned 18.