Gossip Is NBA star Grayson Allen Married to his Girlfriend Morgan Reid: Know his Past Affairs and Girlfriends

Is NBA star Grayson Allen Married to his Girlfriend Morgan Reid: Know his Past Affairs and Girlfriends

It is a well-known fact that Milwaukee Bucks shooting guard Grayson Allen and Morgan Reid are in an open relationship. But the question is if the NBA star Grayson Allen and American soccer player Morgan married or not?

Learn more about the relationship and dating life of Grayson and Reid, Grayson's past relationship history and many others.

Are Grayson and Morgan married?

No, Grayson and his current girlfriend Morgan Reid are not married yet. And they have not made any public announcement about their marriage plan. 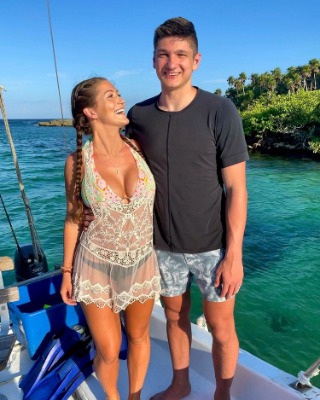 He has been dating his future wife for more than 3 years. Though the actual date of the meeting of the couples is not revealed yet.

Who is Grayson's girlfriend Morgan?

Grayson's longtime partner Morgan Ried, whose full name is Morgan Nicole Reid is a professional soccer player from America. She plays in the defender position for different teams. But she is not associated with any team at the moment.

Like NBA star G Allen, Reid also attended Duke University where she majored in evolutionary anthropology. Both of the couples enrolled at Duke in 2014. Carolina's women's soccer team, North Carolina Courage drafted her in the fourth round and 38 in overall of the NWSL College Draft in 2018.

She played with the team for 1 year before moving to Orlando Pride for the 2019-20 season.

Morgan Reid and her boyfriend are very much active on Instagram where they post about each other. The couple is seen together on different occasions.

The last time they shared their photos with each other was in October of 2021. The former Duke's female defender Morgan wished Grayson on his birthday where she posted,

"Happy Birthday my love. Teddy and I adore you. Excited for our new adventure in Milwaukee"

Before Morgan, was previously in a relationship with his ex-girlfriend Bailey Bunnell. The pair dated for four years before breaking up in 2017.

Grayson and his ex-girlfriend Baile started dating in early 2013. The former couple met during their time at high school, Providence School. 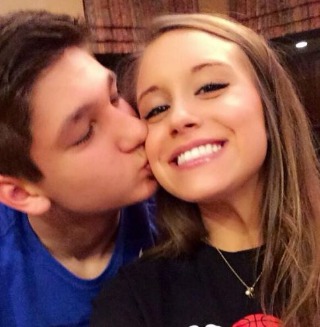 As per information, the former lovers also went to prom together.

As of now in 2022, Grayson and his high school sweetheart Bunnell are not dating. Both have moved on. Bailey B is currently in love with her new love whose name is not revealed while Grayson has moved on with Morgan.